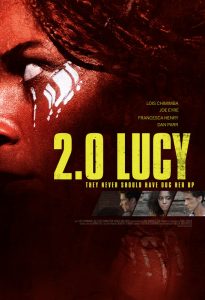 Redeeming oneself in the face of public disgrace can be a strong motivation to vindicate oneself. So it is for a once-respected paleoanthropologist who’s fallen from grace on multiple fronts and is now seeking to prove himself and his unconventional theories correct. But, when he makes a radical discovery on a dig, is he in over his head? That’s the dilemma he faces when his circumstances become complicated by an array of unanticipated developments, forcing him to rethink long-held positions, both personally and professionally, and driving him to the brink of losing it, again on both fronts. Writer-director Fenella Greenfield’s debut feature gives viewers much to ponder, both anthropologically and sociologically, though the script could stand to be a little better focused and the pacing a bit brisker, especially in the first half. Nevertheless, this offering is to be commended for trying to present ideas that are more intelligent and more thoughtful than what one typically finds in most sci-fi fare. A promising start for an emerging filmmaker.