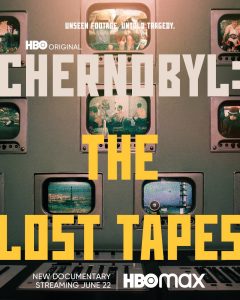 As bad as you might have thought it was, the 1986 Chernobyl nuclear power plant disaster was far worse than any of us knew, as revealed in this gripping new HBO documentary from director James Jones. With a wealth of previously unseen footage recorded at the facility at the time of the catastrophe and recently taped interviews with witnesses who managed to survive the calamity, the film serves up a telling account of what happened, often in graphic horrific footage (sensitive viewers beware). The environmental damage, death toll and genetic nightmares that resulted from this tragedy are incalculable and have left a legacy that’s lasted to this day. What’s more, this release provides a detailed account of the Soviet government’s efforts to deliberately downplay the severity of the incident, including calculated deception and outright lying to its own people and concerned parties around the globe (so much for “glasnost” and “perestroika”). It’s an event that sent a powerful message to the planet about the dangers of nuclear energy and contributed significantly to the downfall of Soviet President Mikhail Gorbachev and the collapse of the USSR five years later. This should be a potent warning to us all; let’s hope we’re paying attention.