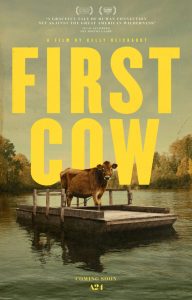 I’ve seen life insurance infomercials that were more captivating than this interminably tedious slog. Director Kelly Reichardt’s latest starts out slow and goes downhill from there, telling a story about 19th Century fortune seekers in Oregon Territory that has nothing interesting to say. I’m at a loss to understand why this offering (or most of the filmmaker’s other pictures, for that matter) garner such appeal from critics and diehard fans. While some of the cinematography is indeed gorgeous, much of the film is underlit, and the sound quality is atrocious, making it difficult to understand much of what the characters are mumbling (most of which turns out to be rather inconsequential at that). How this is ending up on so many top 10 lists and receiving so much awards season buzz is totally beyond me.