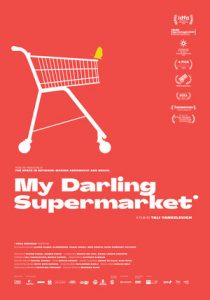 This quirky documentary about the lives and outlooks of employees at a Brazilian supermarket examines their unexpectedly profound insights about life and existence, views that they freely share with co-workers, customers and the film crew during their daily work routines. As intriguing as those ideas are, though, they run their course rather quickly and begin to stretch the credibility of the narrative somewhat, especially given the number of employees holding such perspectives and their eagerness to share them. And, considering that much of the remainder of this release consists of lengthy depictions of routine tasks, like stocking shelves and baking bread, the content becomes rather mundane and redundant after a while, no matter how artfully these activities are filmed. Director Tali Yankelevich’s off-beat documentary demonstrates that even ordinary subjects can generate some unexpected interest, but it also shows that it only goes so far before the juice runs out (and I’m not talking the kind found in Aisle 6).