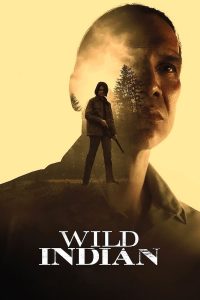 As thrillers go, this slowburning tale of a pair of adolescent Native American cousins from troubled backgrounds who get caught up in a dangerous situation has its moments at the film’s outset, but it drops the ball when their adult selves eventually seek to come to grips with their past. Given the picture’s thoroughly unlikeable protagonist, needlessly slow pacing, inexplicable plot developments and soliloquies containing observations that seem to lose something in translation, this alleged mystery/crime saga never quite comes together in an engaging or satisfying way. The fine supporting performances of Chaske Spencer and Phoenix Wilson help to prop up this offering, but the stilted portrayal of Michael Greeneyes and the wasted casting of Jesse Eisenberg and Kate Bosworth present a decidedly mixed bag on the acting front. Director Lyle Mitchell Corbine Jr.’s debut feature could use some definite spit and polish on a variety of fronts, especially in light of its overall attempts at saying something meaningful but not really saying much of anything at all. Indeed, how this one managed to garner four Independent Spirit Award nominations is perhaps the film’s biggest mystery of all.