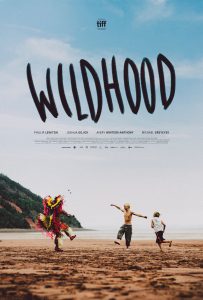 Finding acceptance with others begins with finding acceptance with ourselves, a process that’s often far from easy, especially when the odds are seemingly stacked against us. That’s the position from which an adolescent of mixed Western and indigenous American heritage finds himself in while living with his younger half-brother and his physically and emotionally abusive father in a rundown trailer park in eastern Canada. To compound matters, he learns that his supposedly deceased Native Canadian mother is, in fact, probably alive, countering a lie perpetuated by his toxic dad. And, on top of that, he’s trying to come to terms with his emerging gay sexuality, a process that leaves him with lots of questions. But, when things finally become intolerable at home, he and his younger sibling flee, hitting the road on a quest to find his mother, as well as his own heart, a process spurred on when he meets an indigenous pow wow dancer who shares his circumstances – and his feelings. Writer-director Bretten Hannam’s debut feature tells a moving, sensitive story with beauty, grace and warmth as a young man discovers himself, his family and the love of someone with whom he just might be able to make a life. With dialogue in English and native Miq’maq, the story rings true in two cultures, though the subtitling of the indigenous material is, unfortunately, sometimes lacking in translation. There’s also a slight tendency for the narrative to meander in the final half-hour. These issues aside, however, the film nevertheless earned six Canadian Screen Award nominations, including a win for Joshua Odjick for best supporting actor. Indeed, “Wildhood” presents a compelling and touching saga about how to find that missing acceptance and how to get that process started.