If once is fun, twice is nice, so, to say thank you again to my loyal readers who have supported me and my writing over the years (and to share my gratitude with those who are still learning about it), I’d like to present everyone a second gift for the holidays – an excerpt from my book, Consciously Created Cinema: The Movie Lover’s Guide to the Law of Attraction, my review of the emerging Christmas favorite, “The Blind Side.”

What You Don’t See Coming

Often in life we think we know where our lives are headed, but then something happens that takes us down a completely unexpected path. What we don’t see coming, however, can be truly transformative, taking us places we might never have envisioned (despite having drawn the conditions to us that make such events possible). Such a remarkable set of circumstances provides the basis for the touching, fact-based comedy-drama, “The Blind Side.”

Based on the life story of professional football player Michael Oher (Quinton Aaron), the film recounts how this African-American teenager from the Memphis projects overcame gut-wrenchingly sad circumstances and wound up playing for the NFL’s Baltimore Ravens. It’s quite a moving and remarkable story indeed. But his personal metamorphosis was not the only one to take place in the film. His story touched others who underwent comparable transformations of their own.

When viewers first meet Michael, this soft-spoken gentle giant seems adrift, having been largely abandoned by his drug-addicted mother (Adriane Lenox). Yet Michael also has a strong survival instinct and a unique wisdom (despite apparent learning difficulties), qualities that ultimately prove to be his saving graces. With the help of a friend (Omar Dorsey), he first gets enrolled in an upscale private school. And then one night, through a seemingly chance encounter, he connects with an unlikely ally, one who would help him turn his life around in unimagined ways.

At first glance, Leigh Anne Tuohy (Sandra Bullock) might not seem like the type to take in a homeless kid from the poor side of town. As a successful designer happily married to her well-heeled college sweetheart (Tim McGraw) and the mother of two bright kids (Jae Head, Lily Collins), Leigh Anne has lived a charmed life of affluence and privilege; in fact, she openly admits to never having visited the part of Memphis where Michael grew up. However, something about Michael’s circumstances inexplicably compel Leigh Anne to welcome him into her home, giving him things he never had—security, a family and a future. She quickly becomes an impassioned advocate for his success, helping to open doors for him that were once previously closed.

One of the doors that opens widely for Michael involves football, a game for which his ample physique makes him an ideal candidate. But it’s also a sport about which he knows almost nothing. This is another way in which Leigh Anne’s influence comes into play. As a former college cheerleader who married a one-time basketball star, she has a long history of involvement in sports, so who better to introduce Michael to the game at which he was destined to excel? Thanks to the guidance and catalytic spark Leigh Anne provides, coupled with Michael’s considerable natural talent, the young man’s abilities as a football player soar, first at the high school level, then in the collegiate ranks and eventually in the pros. The kid from the streets transforms himself, materializing abilities he never knew he had. But, more than that, with Leigh Anne’s support and encouragement, Michael begins to believe in himself, manifesting a life that at one time he only could have dreamed of. And, in the process, he also gives Leigh Anne something to brag about. 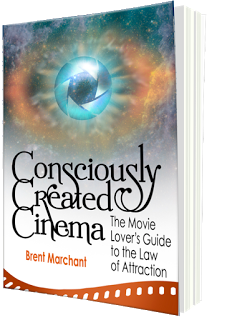 By focusing on the magical, synergistic interaction between Michael and Leigh Anne, “The Blind Side” shows us how their connection allows each of them to grow and develop in ways neither of them thought possible. They were both “blindsided,” to use a football analogy, by the impact that they would have on one another, but that unanticipated contact enables personal transformation for both of them in ways beyond measure. And, in reaching that point, the protagonists demonstrate how to make effective use of a number of transformative conscious creation principles, including:

* how we can formulate (or change) our beliefs to create better-than-expected outcomes, thanks to the beliefs that we have in ourselves and that others have in us, thereby enabling transformation on a grand scale;

* how having the courage to live heroically—particularly by taking chances that have the potential to pay off handsomely—can yield rewards beyond our wildest expectations;

* how charting the evolution of our beliefs about ourselves over time can lead to the development of skills and expertise we never knew we had; and

* how all aspects of our individual and shared realities are intricately connected and how we can benefit from such connectedness, both personally and collectively, in countless transformative ways.

“The Blind Side” is also a thoughtful treatise on values, especially those having to do with qualities like kindness, compassion, charity and humanity. It sheds light on the results such ideals can yield, especially when we form suitable beliefs that enable those notions to come to fruition, providing benefits both to those who hold them and to those toward whom they’re directed.

Some viewers were critical of the film at the time of its release, claiming it to be a fundamentalist propaganda piece, given its candid portrayal of the Tuohys as a family of devout Christians who aren’t afraid to openly practice their religion or to allow their faith to permeate their everyday lives. As seen in the film, they attend church regularly, enroll their kids in a private Christian academy and attempt to live lives that reflect the noble values noted above. Leigh Anne and her family obviously have tremendous conviction behind these beliefs, too, as evidenced by the degree of success they achieve with them. Their power is so great that it truly works wonders, even miracles of transformation, both for practitioners and beneficiaries alike.

But the claims of the detractors raise an interesting question: Since when do authentically depicted acts of sincere kindness, compassion, charity and humanity automatically equate to self-serving missives of Christian propaganda? These are qualities we’d all be wise to emulate, no matter what religious affiliation (or lack thereof) we may have. Such values arise from the beliefs that the Tuohys hold, and they have merit in and of themselves, regardless of whether they’re enacted in a religious context or otherwise. Indeed, Christians have not cornered the market on kindness, so cynical attempts at characterizing the film in such a spurious way is patently unfair, to say the least. If more of us acted as charitably as the Tuohys do, even without any religious connotations in our efforts, we’d all be in a much better state these days.

“The Blind Side” is a thoroughly entertaining film. Its well-written script combines just the right amount of humor with a judiciously tempered sense of sentimentality that keeps the picture from becoming overly schmaltzy. The protagonists’ stories are well told, though Leigh Anne’s character development might have benefited from a little more back story (at the very least to the same degree afforded Michael’s character). Bullock and Aaron are terrific in their respective roles, and they have an unusual but affecting chemistry together. In fact, Bullock’s convincing performance earned her an Oscar and a Golden Globe for best lead actress, while the film itself received an Academy Award nomination for best picture.

“The Blind Side” initially appeared in theaters during the holiday season, so I tend to associate this picture with the timing of its release. Given the themes and values it promotes, the film makes a fine addition to the repertoire of holiday staples, joining the likes of such endearing classics as “It’s a Wonderful Life” (1946), “Miracle on 34th Street” (1947) and “A Christmas Carol” (1951). All in all, it makes for a very nice holiday package—even if it isn’t under your tree.

That which we least expect in life often provides us with the greatest degree of satisfaction, especially when it comes to exceeding our perceived limitations. Such revelations only occur, however, when we leave ourselves open to the possibilities, allowing ourselves to grow and develop in ways other than the tried and true. Indeed, letting ourselves get blindsided sometimes proves to be the best course of all.

If you doubt that, just ask Michael or Leigh Anne.

* * *
I hope you’ve enjoyed this little sample of Consciously Created Cinema. If you’d like to see the entire book, it’s available in print and ebook formats from Amazon, Barnes & Noble, iTunes and Kobo Books, as well as other fine online retailers (for a complete list, click here). And, if you want to check out my first gift, a review of “It’s a Wonderful Life” from Get the Picture?!, click here.