‘Things to Come’ extols the joys of liberation

Having it made is something we all crave, right? The prospects of all of our material, vocational and emotional needs being met probably has tremendous appeal for most of us. But what happens when what we thought we wanted becomes a trap that keeps us from exploring other options? We may come to feel stifled, restricted and unfulfilled. But what do we do about it? Those are the questions raised in the thought-provoking new French melodrama, “Things to Come” (“L’avenir”).

By all rights, Nathalie Chazeaux (Isabelle Huppert) would appear to be living a great life. She’s been happily married to her husband, Heinz (André Marcon), for many years, and she’s the proud mother of two grown children, Chloé (Sarah Le Picard) and Johann (Solal Forte). She’s also built a successful career as a respected philosophy teacher and author of several highly regarded textbooks. And, with residences in Paris and Brittany, she’s surrounded by culture, beauty and all the joys that come with living in modern-day France.

So, with a life like that, what could possibly go wrong? Unfortunately, plenty.

Seemingly out of the blue, Nathalie’s life begins falling apart. First, she learns that her publisher has hired several brash new book marketing specialists (Yves Heck, Rachel Arditi) who are eager to implement a number of changes to new editions of her long-established titles. Nathalie views their proposed alterations – changes that are designed purely to boost sales – as tacky and pandering. And that’s just the beginning of her publishing woes.

But the problems don’t stop there. Nathalie’s aging mother, Yvette (Edith Scob), a former model who’s prone to panic attacks and depression and has been teetering on the edge of dementia for some time, grows increasingly needy, challenging her daughter’s ability to realistically care for her. Nathalie routinely receives frantic overnight phone calls from her and is frequently left to deal with warnings from irritated EMTs, who grow increasingly frustrated at having to respond to Yvette’s repeated false alarms. The time may have come for Yvette to move into a senior facility, a proposal that she’s always railed against whenever it’s been suggested, claiming she’s fully capable of independent living, despite clear evidence to the contrary.

And then there’s Heinz, who is forced into admitting that he’s having an affair. Chloé learns of the clandestine relationship and subsequently confronts her father about it, insisting that he make a choice between her mother and the other woman – and that he do it soon. He begrudgingly agrees to his daughter’s wishes and shortly thereafter informs Nathalie that he’s preparing to move out, despite his claims that he still loves her.

With her world collapsing, Nathalie’s left with her head spinning, rhetorically asking herself, “Now what?” All of the pillars that have supported her have now come crashing down around her, leaving her without a clue or sense of direction. And, as a philosophy teacher, someone who’s supposed to have answers for dilemmas like this at her fingertips, she’s adrift in a fog, not sure what to do or which way to turn.

The sense of predictability that Nathalie has long enjoyed evaporates before her eyes. The elements of her life that she thought she could count on to give it direction, meaning and continuity disappear one by one. Even the time-honored philosophical disciplines that she teaches – concepts that she has consistently believed she could rely upon to guide her – suddenly seem murky, inadequate and less assuring. Needless to say, for someone accustomed to such a sense of certainty, these new circumstances are disorienting at best, deeply troubling at worst. 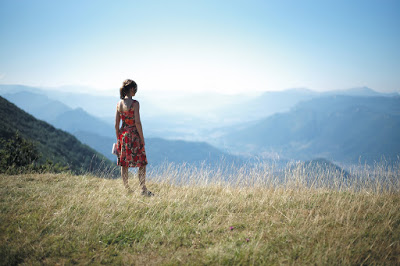 However, as unexpected as these developments are, Nathalie soon discovers new influences coming into her life. For instance, she begins spending time with one of her former students, Fabien (Roman Kolinka). She enjoys the company of her young colleague and is pleased to see that he’s become a sort of protégé, working on profound philosophical writings of his own. At the same time, though, Fabien also defies some of Nathalie’s expectations, such as announcing that he’s leaving the cosmopolitan sophistication of Paris to live on a farm he’s bought in rural France. He sees this as an opportunity to get away from the complexities of city life to clear his mind, to lead a simpler, slower-paced existence, and to spend more time writing.

Although initially surprised at Fabien’s decision, Nathalie’s also intrigued by the prospects of someone of her scholarly stripe taking such a radical step. Before long, she’s so captivated with the idea that she decides to pay him a visit, a journey that gives her a chance to get away from it all and to enjoy the idyllic charms of country life. By doing so, she comes to realize – and to whole-heartedly acknowledge – that the recent changes in her life have actually been a blessing, allowing her to feel liberated and free from restrictions, arguably for the first time in her life. It’s a feeling that’s new to her, but it’s also one that she relishes with gusto, even in its intrinsic unfamiliarity. Indeed, if this new approach to life has enabled her to feel so much better so quickly, she can only imagine what it will permit if she allows herself to become immersed in it for the long term. And that’s what she’s about to discover.

Witnessing Nathalie’s transformation is truly heartening. Admittedly, the journey is somewhat intimidating for her at first, since it represents such new and uncharted territory. But, once she embraces the qualities this existence has to offer, she finds it refreshing and freeing. It affords her an opportunity to appreciate joys that she has either never known or denied herself. It also gives her a new perspective on the things that really matter in life. Her consuming focus on philosophy, for example, becomes somewhat less important. She comes to recognize that pondering life’s mysteries may be an interesting exercise, but, in the end, does it really provide the same degree of satisfaction that comes from beholding a mountain landscape, stroking the fur of a beloved pet or holding a baby in one’s arms?

What makes such changes in outlook possible? It’s a matter of one’s thoughts, beliefs and intents, the cornerstones of the conscious creation process, the means by which we manifest the reality we experience. It’s a philosophy that makes any outcome possible depending on what underlying forces are driving it. And, for all of her years of study, it’s something that Nathalie has never really taken the time to explore in practical terms. Now, though, with her new liberated perspective, she’s free to do so to her heart’s content.

By adopting this outlook, Nathalie makes it possible to plumb several of conscious creation’s key concepts. For instance, one of the philosophy’s primary aims is to push through our personal, self-imposed limitations. Given how she lived her life prior to all of the recent changes, it’s apparent that Nathalie allowed herself to be hemmed in by a rather restricted worldview. Most everything she did was for her career, her publisher, her husband, her mother and even her mother’s cat. But what was Nathalie doing for Nathalie? With those “impediments” removed, she’s now free to explore aspects of existence that she wants to investigate. That’s a significant change, one that has pushed through some once-formidable barriers.

In opening up herself like this, Nathalie now has an opportunity to look into another of conscious creation’s hallmark principles, the idea that we’re all in a constant state of becoming. By embracing such an evolutionary outlook, we free ourselves to explore an array of manifestation possibilities, both personally and in the conditions of our prevailing reality. There’s tremendous potential for wonder, creativity, fulfillment and awe in circumstances like that, and, again, Nathalie’s just beginning her journey in this regard. 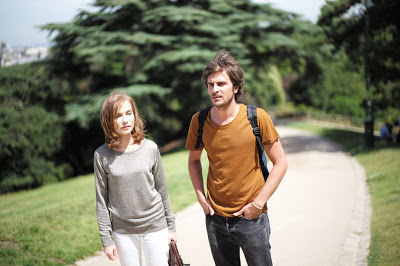 To make these explorations possible, Nathalie invokes her capacity for exercising her innate powers of choice and free will. Obviously, in years past, this is something she didn’t avail herself of as much as she might have, and, on some level, she must have recognized this, too. Having denied herself access to a wealth of metaphysical and manifestation possibilities for a long time, at some point, she must have chosen to change her beliefs to change her reality. The results of this decision subsequently became reflected in how her existence unfolded – the collapse of her old way of life and the emergence of a new one, a world full of the many wonders she wants to experience and explore, all driven by the beliefs that she puts forth.

Having personally gone through an experience like Nathalie’s, I can relate to her circumstances. At the beginning of the breakdown, things were indeed scary. But, over time, I came to recognize the new possibilities that were now available to me, all dependent on what I wanted to do with them and their underlying beliefs. Feelings like that are truly exhilarating, if only we’ll allow ourselves to experience them. Getting past our fears and adopting an attitude of being willing to live heroically certainly help, but recognizing that the power to bring about exciting new creations rests with us is crucial if we’re to make the most of the opportunities. I’d like to think I did well with my choices, and it’s apparent that Nathalie looks forward to the adventures that await her. Anyone facing comparable conditions should take these examples to heart, and this film drives that point home with humor, heartfelt emotion and sparkling clarity.

“Things to Come” is a smartly written, exceedingly well-acted character study deserving of a wider audience than what it has garnered thus far. The film is currently playing in limited release in theaters specializing in foreign and independent cinema, but it’s certainly worth searching for, especially for anyone facing circumstances similar to its lead character. With yet another outstanding performance by Isabelle Huppert (this is her year it seems), director Mia Hansen-Løve’s production provides much to ponder in terms of what we value and what we believe is important, especially when we embrace the freedom that personal liberation affords.

As counterintuitive as it might seem, sometimes it takes losing everything to discover what we want but don’t have. How easily we move through a process like that depends greatly on how we view developments as they unfold. If we realize that, as conscious creators, we’re responsible for manifesting everything that happens to us – including our perceived setbacks – then we have an opportunity to recognize that such changes are a means to get us somewhere new (and preferably better), psychologically cushioning their impact. That outlook in itself is quite liberating, but, when we apply it to the actual outcomes that occur, we give ourselves a chance to progress with greater ease and less stress – and with open arms to welcome the things to come.