Wrapping Up the Chicago Film Festival

With the 54th annual Chicago International Film Festival now complete, here’s my take on what I screened and what I thought about the releases in question. 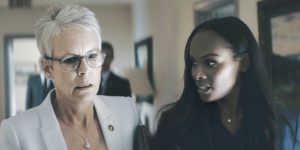 This edge-of-your-seat political thriller unfolds gradually and with steadily increasing intensity, leading up to a climax that will leave viewers breathless, an approach not unlike that used by director Roman Polanski in such films as “Chinatown” (1974) and “The Ghost Writer” (2010).

The picture follows former National Security Advisor Libby Lamm (Tika Sumpter) after she leaves government to become a university lecturer, a position for which she receives a less-than-hospitable welcome. It’s a circumstance that naturally begs the question, “Why?” Viewers come to discover the reasons as her story plays out, one that has multiple threads running through it, including her strained relationships with former boss President Rachel Burke (Jamie Lee Curtis) and her fiercely driven chief of staff (Jeff Hephner). Matters become further complicated when Lamm is stalked by a mysterious college student (Ben Tavassoli), one whose intentions are anything but clear.

Filmmaker Joe Chappelle positively knocks this one out of the park, thanks in large part to his tautly written script and fine performances by Sumpter and, especially, Curtis, whose portrayal is indeed award-worthy. Be sure to catch this one when it goes into general release in early 2019 – it’s that good. (5/5) 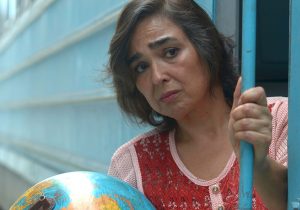 This fun, delightful yet thought-provoking little comedy fills much bigger shoes than what one might think at first glance. When Celeste Garcia (María Isabel Díaz), a retired teacher and volunteer planetarium docent who has led a largely frustrating life, is named part of an alien-invited contingent to visit their faraway world, she looks forward to the prospect of being able to start over. But is the offer all it’s cracked up to be? And is it what she really wants?

Those are the questions Celeste must wrestle with in this quirky but insightful offering full of colorful characters, offbeat incidents and absurdist humor, with ample symbolic political commentary thrown in for good measure. There’s more going on than meets the eye in director Arturo Infante’s feature film debut, so pay close attention and don’t be so quick to dismiss it as throwaway fluff. (5/5) 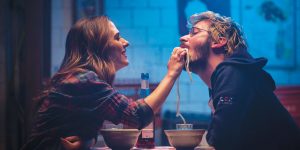 This insanely hilarious comedy delivers relentless, off-the-wall laughs about the search for the meaning of life seen through the eyes of Kika (Tatá Werneck), a popular OCD-afflicted Brazilian telenovella star whose dreams and imagination begin spilling over into her everyday reality. And what a wild ride it is!

The film, which plays like a cross between “Hector and the Search for Happiness” (2014) and “Welcome to Me” (2014), follows her bizarre antics and her outrageous interactions with her high-powered agent (Vera Holtz), her oversexed co-star (Bruno Gagliasso), a compulsive stalker (Luis Lobianco), an enigmatic ghost writer (Pedro Wagner), a milquetoast book store employee (Daniel Furlan) and a vicious rival actress (Ingrid Guimarães). With a mix of manic pacing, absurd, wacky humor and colorful, inventive visuals, this offering is unlike anything I’ve ever seen.

This directorial feature film debut from Paulinho Caruso and Teodoro Poppovic won’t appeal to everyone, but, for those who like their comedies with an edge, this one is definitely for you. The film is available for online streaming from Amazon.com. (5/5) 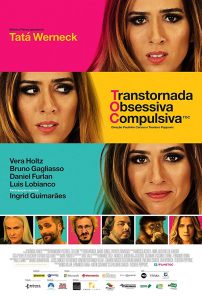 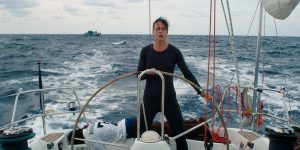 Despite some occasional pacing issues, this beautifully filmed, richly symbolic morality play set at sea sizzles with quiet intensity against the backdrop of beautiful ocean scenery. Susanne Wolff’s dramatic portrayal of a woman pitted against the perils of nature and the difficulty of hard ethical choices is riveting from start to finish. Director Wolfgang Fischer has produced a thoughtful, consuming release that will leave you drained, incensed and, one would hope, ultimately uplifted. (4/5) 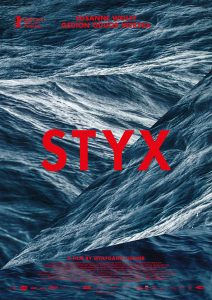 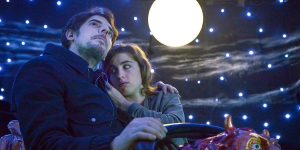 Director Pierre Salvadori’s hilarious French farce delivers big laughs from beginning to end, full of side-splitting twists and turns that will leave your belly sore by the time of the closing credits. This modern-day screwball comedy about a police woman (Adèle Haenel) looking after the welfare of a recently released inmate (Pio Marmaï) who was wrongly framed by her deceased crooked detective husband (Vincent Elbaz) is relentless in delivering giggles, chuckles and guffaws with material that’s fresh, original and inventive. Catch this one if you have an opportunity – you’ll walk away exhausted but sufficiently entertained. Winner of the 2018 Cannes Film Festival Directors’ Fortnight Award. (4/5) 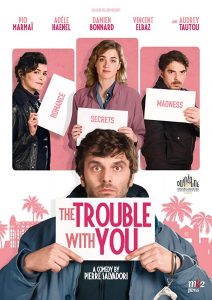 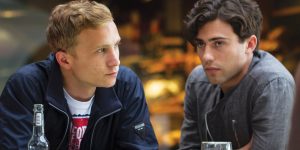 This somewhat overlong and occasionally predictable tale of forbidden gay love in a close-minded community (in this case, the world of European professional soccer) gets better as it goes along. Filmmaker Marcel Gisler’s latest release follows a fairly traditional formula until the last act, when it redeems itself with a wealth of heartfelt emotions and a few surprising twists and turns to help set it apart from other pictures of this stripe. Look past the minor shortcomings, and you’ve got an otherwise-solid love story. (4/5) 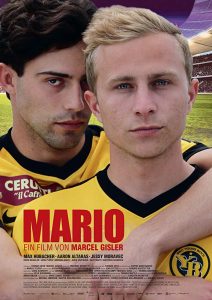 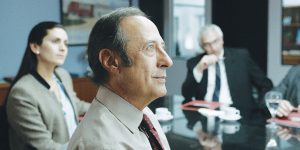 Screenwriter Armando Bo’s second offering from the director’s chair starts out strong but, unfortunately, goes off the rails as the picture enters its final act. This story of a successful businessman (Guillermo Francella) in need of a kidney transplant who resorts to searching the black market when conventional channels fail tells an interesting tale of the lengths we can go to when our backs are up against the wall. Regrettably, as the narrative unfolds, the ante gets upped so much that credibility is lost as the director tries a little too hard to serve up satirical social commentary in the wake of personal desperation. It’s too bad that the filmmaker felt the need to brow-beat his audience when a little more subtlety would have clearly and more effectively sufficed. (3/5) 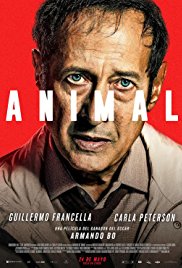 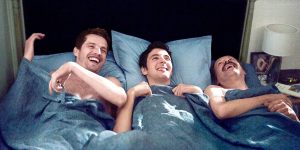 Think of this gay drama as a poorly crafted step-brother of “A Single Man” (2009), and you get a rough idea of what the film is all about. While this offering redeems itself somewhat in the second hour, its first half is rife with overwritten pretentious dialogue, a meandering narrative and painfully slow pacing. What’s more, much of the story line is uninteresting, unengaging and not especially credible, aspects made worse by the disjointed nature of the production’s execution. There are so many other (and better) releases dealing with this subject matter that you can easily skip this one and not miss anything. Despite the film’s many problems, however, director Christophe Honoré’s offering was a 2018 Cannes Film Festival nominee for the Queer Palm Award and the Palme d’Or, the Festival’s highest honor. (2/5) 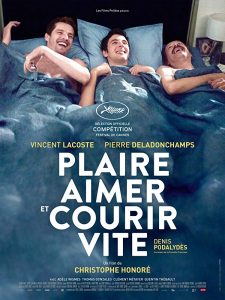 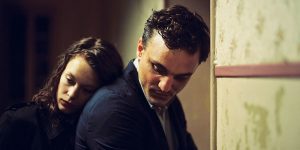 Director Christian Petzold’s meandering, pretentious, inarticulate screen adaptation of Anna Seghers’ novel is a mess almost from the outset. This tale of refugees trapped in Marseilles trying to flee the Nazi occupation of France retells this historic saga in a contemporary time frame, a half-baked attempt at commenting on Germany having to come to terms with its past while simultaneously speaking to the current European refugee crisis. One could say that it’s attempting to be “Casablanca” (1942) for the 21st Century. Unfortunately, the film’s convoluted mishmash of plot lines and undeveloped characters is presented with virtually no back story, jumping into its narrative without any context, meaningful character identification or hints about the confusingly anachronistic elements intertwined here. All in all, a poorly conceived offering feebly attempting to pass itself off as lofty arthouse cinema. Skip it. (1/5) 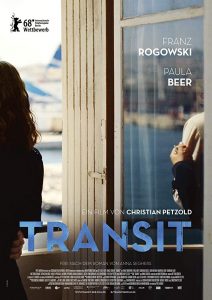