When we converse with someone, we like to think we understand the meaning behind everything they’re saying. But are we truly grasping the beliefs, intents and motivations underlying their statements? And what about their actions and gestures – can we say the same about those, too? Sometimes we need to take a closer look to make sure that we’re correctly reading their intentions, a theme that runs through the latest installment in the X-Men franchise, “Dark Phoenix.”

In an alternate version of 1992, life for the mutant beings known as the X-Men is finally starting to improve after years of widespread public prejudice and skepticism, concerns raised during turbulent incidents depicted in the previous two films in the franchise, “X-Men: Apocalypse” (2016) and “X-Men: Days of Future Past” (2014). In fact, the group’s mentor and leader, Prof. Charles Xavier (James McAvoy), is about to be honored by the President (Brian d’Arcy James) for his efforts at helping the mutant students of his special school learn how to channel their powers and abilities into productive pursuits. That positive image is further reinforced when a contingent of X-Men saves the crew of a space shuttle from disaster, a triumphant accomplishment that earns them a hero’s welcome upon their return to Earth.

The figure chiefly responsible for the success of the space rescue is Phoenix (a.k.a. Jean Grey) (Sophie Turner), a mutant who is able to focus her psychic powers to work various kinds of miracles, such as establishing a protective energetic shield against opposing forces, something she did in helping to save the shuttle crew. It’s a skill she’s possessed since she was a child (Summer Fontana) but that she has often struggled to control. In fact, that lack of control contributed to the death of her parents (Hannah Anderson, Scott Shepherd) in a horrific car accident when Jean was eight years old. Despite the heartache of that tragedy, though, the incident brought her into contact with Prof. Xavier, who essentially raised the youngster and helped her learn how to put her talents to best use.

In spite of Jean’s heroics, however, she’s not quite the same when she returns from her space adventure. She’s somewhat out of sorts, having apparently been exposed to some potent energetic source that has interfered with the functioning of her psychic powers. It’s a cause for concern for her peers, most notably her friends Raven (Jennifer Lawrence), Beast (Nicholas Hoult), Storm (Alexandra Shipp), Quicksilver (Evan Peters) and Nightcrawler (Kodi Smit-McPhee), as well as her romantic interest, Cyclops (Tye Sheridan). Somewhat surprisingly, Prof. Xavier doesn’t appear to be as concerned as the others believe he should be, but then he’s more preoccupied with getting ready to accept his accolades than worrying about someone who has a history of ups and downs that have always managed to work themselves out.

Matters get amped up, however, when Jean learns some disturbing news about her past. Given her presently unstable state of mind, those revelations set her off, leading to an unforeseen tragedy and the release of an onslaught of fury against her longtime mentor. These events upset relations among the X-Men and Prof. Xavier, since he’s being held responsible for everything that has now transpired. He contends that he believes he acted in Jean’s best interests, but, with havoc reigning among his kindreds, he’s become something of a pariah to those who have trusted him for so many years.

Meanwhile, Jean goes in search of an old colleague, Magneto (Michael Fassbender), an X-Man who has had a stormy on-again/off-again relationship with Prof. Xavier over the years. When she explains what’s happened, she enlists his support to get retribution. But, on her way to seeking vengeance, a further wrinkle develops that threatens to exacerbate an already-tense situation.

In a remote lakeside community, an alien craft makes a discreet landing. The ship’s occupants take over the bodies of local residents, their contingent led by a being known as Vuk (Jessica Chastain). She and her minions are on a mission to acquire something they desperately crave, a powerful force that they believe will make them invincible. And the source of that elusive enigmatic power is Jean.

With Vuk and company in pursuit of Jean, and with chaos erupting among the X-Men, the threat of havoc being unleashed looms large. The stakes are incalculably high as the community of mutants is on the verge of being torn apart. Meanwhile, all of the goodwill that has been built up between the X-Men and the public is in danger of coming undone, potentially plunging society back into rampant suspicion and mistrust. Given these circumstances, it will seemingly take a miracle to resolve matters. Should that happen, though, perhaps a new Phoenix will rise from the ashes, supplanting the Dark counterpart who’s threatening to let loose a reign of terror on the planet.

If someone were to ask, “Is fire good or bad?”, what would you say? Ultimately, it would depend on what it was to be used for. To provide heat or to cook food, fire would be seen as a valuable tool. But, if it were to be used in an act of arson, it would be seen as a weapon of destruction. In essence, the fire itself is neither intrinsically good nor bad; what matters is how it’s used, something that depends on the intents underlying its application.

That analogy is relevant in many contexts, including our beliefs, the driving force of the conscious creation process, the philosophy that maintains we draw upon the power of these resources in manifesting the reality we experience around us. The various elements that we create often have dual purposes, both positive and negative, their characterization dependent on the intended use behind them. A hammer, for example, can be beneficially used for hanging a picture or detrimentally employed for smashing a window. It all depends on the beliefs underlying its use. 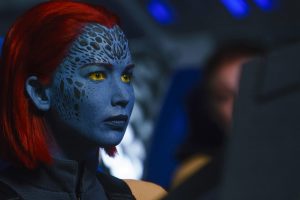 That’s an issue Jean has struggled with throughout her life. Learning how to manage her power has been an ongoing challenge; sometimes it’s used for good and at other times for questionable purposes, depending on how she believes it should be deployed. The principal question for her is knowing what to do when, especially when it comes to putting on the brakes.

Understanding this is important not only in our own manifestation efforts, but also in attempting to grasp the intentions of others. If we misinterpret the beliefs behind their creations, we may subsequently respond just as erroneously with reactions that are off the mark, potentially making matters far worse. It’s the metaphysical equivalent of pouring an accelerant on a raging bonfire. This is at the heart of the conflict that arises between Jean and Charles after the revelations about her past emerge; he believes he was working for her benefit, while she saw it differently. This misunderstanding thus leads to circumstances that threaten to get out of control, and, given Jean’s powers, they could potentially end up far more disastrous than imagined.

Is there a solution for this? That’s hard to say, but something that could help immensely is learning to cultivate a wider view of possibilities. If we take a narrow view of things, we may be able to envision only a limited range of options, most or all of which might not be in line with someone’s actual underlying beliefs and intents. However, if we make an effort to realize that conscious creation essentially makes anything possible, we may be able to broaden our horizons and ponder possibilities not previously considered, avoiding needless and potentially damaging misunderstandings. 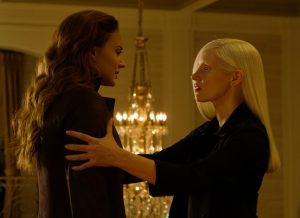 How do we do this? Before we react to something in a way that might result in unwanted difficulties, we should stop and ask ourselves, “Why did this happen?” That pause may be enough to keep us from recklessly flying off the handle, both emotionally and metaphysically, allowing us to consider whether our first impressions are on or off the mark. Upon further reflection, we may realize that there are intents at work that might not be as easy to spot, preventing us from jumping on seemingly “obvious explanations” that are, in fact, in error. That’s something Jean should keep in mind if she hopes to keep peace in her adoptive family.

“Dark Phoenix” may not be a great X-Men offering, but it’s certainly not as bad as what many critics and some fans have been saying. This character-driven superhero tale is somewhat overwritten when it comes to exploring (and frequently misinterpreting) motivations, incorporating contemporary social issue symbolism, and getting in touch with feelings, so much so that the story tends to drag in the first half. The opening also gives surprisingly short shrift to the action-adventure elements, a shortcoming that’s fortunately made up for at the back end. However, when it comes to the story’s philosophical and metaphysical themes, the picture is spot-on, providing thoughtful viewing yet again in an unlikely context. In all, this release may not match its predecessors, but it does share valuable insights worth considering, all wrapped up in a well-acted, beautifully photographed package.

The marketing materials for this film have suggested that this could be the end of the franchise. Given the longevity and success of this series, I personally doubt that. In all likelihood, it will go through a reboot or a retooling, but I’m sure it will be back in some way, shape or form. If I’m wrong, however, I must admit that it would be disappointing if this film marked the end of the franchise, given that it’s a somewhat lackluster offering compared to its predecessors. And, considering all the many fine hours of entertainment the X-Men have provided over the years, I certainly hope that’s not the case. 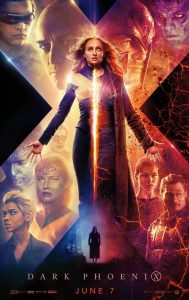 It’s easy to misread others if we’re not looking closely enough. And that’s unfortunate, because such a simple misunderstanding can have tremendous consequences, such as a lost friendship, a failed relationship or the end of an otherwise-productive collaboration. In light of that, then, it would be worth our time and effort to examine our beliefs and the motivations of others to determine what’s really going on. If we fail at this, we may lose something that we can never get back, and what a tragedy that would be.