When presented with one of the biggest news stories of the century, one would hope that those covering it would make the most of the opportunity to inform the public about its scope and implications. That’s especially true when those ramifications have impacts that are far-reaching, both in our everyday lives and our metaphysical deliberations. Unfortunately, when it comes to coverage of one of the most significant milestone news events of recent years, those goals never reach the fruition they deserve, as becomes regrettably apparent in the recently released documentary feature, “Citizenfour.”

In January 2013, documentary filmmaker Laura Poitras received an email from an intelligence contractor working for the U.S. government who identified himself simply as Citizenfour. In the message, the contractor revealed that he possessed highly sensitive information that would create shockwaves if released to the public. The anonymous source made it clear that taking the information public involved significant risks but added that its ramifications were so staggering that it needed to be published.

So why did Citizenfour contact Poitras? Having made a name for herself with two acclaimed and provocative documentaries, “My Country, My Country” (2006), about the Iraq War, and “The Oath” (2010), about the Guantánamo Bay detention center, the anonymous contractor believed she would make the ideal cinematic scribe for telling his story. And so, after several months of encrypted correspondence, Poitras agreed to meet this mysterious source at a hotel in Hong Kong. That source would subsequently identify himself as Edward Snowden.

What ensued at that meeting would shock the world. Snowden and Poitras, who were now joined by reporters Glenn Greenwald and Ewen MacAskill of The Guardian, one of the United Kingdom’s most influential newspapers, thus embarked on several days of meetings in which the contractor detailed – with documentation – extensive revelations about the spying activities of the National Security Agency. Greenwald and MacAskill wrote a series of articles outlining the revelations, while Poitras captured the meetings on film as they happened, creating a cinematic record of one of the most historic events of the young century. 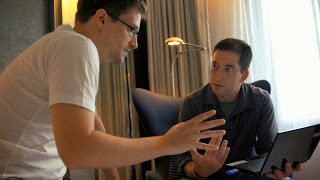 Through Snowden’s revelations, the world learned of the NSA’s intrusive and secret surveillance tactics involving the collection of customer information and user data from telecommunications and Internet companies like Verizon, Google, Yahoo, Apple, Facebook, AOL and YouTube, among others. The news set off a firestorm of controversy and a tidal wave of media inquiries, thrusting Greenwald into the limelight. And, when Snowden was publicly identified as the whistleblower, the story positively exploded.

With Snowden exposed, however, concerns over his safety, freedom and legal liability emerged, prompting him and his media associates to begin making plans for what would come next. He wanted to ensure that the information he had collected would continue to be disseminated. He also sought to find a location that would provide political asylum, a protracted odyssey that would eventually take him to Russia. The filmmaker follows Snowden through this process, chronicling his departure from Hong Kong and his eventual resettlement in Moscow, where he resides to this day.

Regardless of what one thinks about Snowden and his tactics, his revelation of the information in question raised the public debate about government involvement in surveillance activities both domestically and overseas. And, to have a real-time cinematic accounting of these disclosures, is indeed significant, if for no other reason than providing a documented record for the history books that will one day be written. 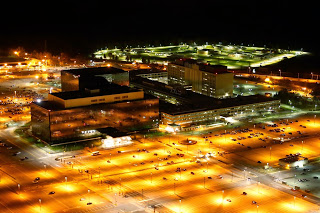 Revelations about the National Security Agency come under heavy scrutiny as a result of the whistleblowing activities of former contractor Edward Snowden, the subject of the new documentary feature, “Citizenfour.” Photo by Trevor Paglen, courtesy of RADiUS-TWC.

The real-life drama playing out on screen also raises a number of significant questions related to the conscious creation process. For instance, why did everyone involved in this story – including all the principals and the silent, unseen masses who are affected by its ramifications – create these contentious circumstances in the first place? What effects will the revelation of this information have on our collective existence going forward? And how will we respond to the continued unfolding of this story? Clearly, the implications here go deeper than just the exposure of information about government surveillance programs; they also have impact on the kind of world we create for ourselves.

As in any conscious creation-related scenario, everything depends on the beliefs involved, whether that relates to an individual’s particular manifestations or the mass-created materializations of a major public event such as this. These circumstances thus prompt us to take a hard look at the beliefs in question: Why have we allowed such secrecy to hold sway? Why have we allowed the agencies responsible for these actions to have such unchecked power? And, perhaps most importantly, why have we changed the game by prompting the exposure of such details now?

On a purely metaphysical level, some would say that this is part and parcel of the general global awakening in consciousness that has been transpiring in recent years. From a conscious creation perspective, it also sheds a bright light on such issues as our power of choice, our concerns about fear and courage, and our exercise of personal integrity. But, perhaps most significantly, it has much to do with the exploration of our value fulfillment, the principle associated with being our truest, best selves for our own benefit and the well-being of those around us. The actions Snowden took in making these revelations, and the efforts of Poitras, Greenwald and MacAskill in documenting his actions, speak volumes about the roles they each play in the manifestation of their value fulfillment and personal destinies.

From the foregoing, one might easily assume that “Citizenfour” is a compelling and suspenseful piece of filmmaking. Regrettably, however, its exploration of the foregoing notions is largely by implication, with the picture itself often falling far short of the mark. With a story as seemingly absorbing as this, much of its “witness to history” impact is lost in a glut of plodding footage desperately in need of editing. What’s more, much of Snowden’s on-camera explanations of what’s transpiring is shrouded in jargon-ridden technospeak, and, while that’s somewhat understandable in light of his professional expertise, it often obscures the meaning and implications of the events and revelations involved. A lack of further clarification and elaboration on these points thus keeps viewers from getting as much out of the film as they might have otherwise. 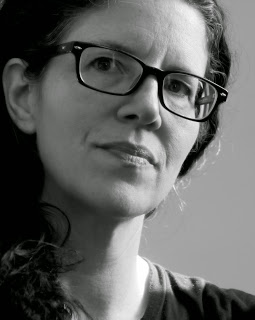 This is not to suggest “Citizenfour” is without its merits, however. The production values and cinematography are top notch, exceeding the quality often found in many independent documentaries. Its inclusion of material from other parties related to this story, such as the insights of investigative journalist Jeremy Scahill, Wikileaks founder Julian Assange and former NSA technical director William Binney, adds some much-needed elucidation to the film’s central narrative. But these attributes, unfortunately, aren’t enough to save the picture from its other shortcomings, which is disappointing, given the magnitude of the story involved here.

The kind of world we create for ourselves is obviously crucial to our continued well-being. But the responsibility for that falls squarely on us and the manifesting beliefs we maintain – in all areas of life. When we stumble in our efforts at this, it certainly helps to have resources (like movies and books) that undeniably show us the errors of our ways and where we need to make adjustments. It’s too bad that “Citizenfour” comes up short on this front, for it could have helped make us aware of changes we need to implement – while we still have the chance.