Skip to content
Home/Archives/‘Marigold Hotel 2’ says, ‘you’re never too old for an adventure’

‘Marigold Hotel 2’ says, ‘you’re never too old for an adventure’

Upon reaching a certain age, many of us may be tempted to settle in for the home stretch, getting comfortable while waiting for the inevitable end to come. But is that enough? Even though physical and financial limitations and personal fears might seem like impediments, should they be allowed to keep us from living life to the fullest, especially when the clock is running short? That’s the question for all concerned in the delightful new comedy sequel, “The Second Best Exotic Marigold Hotel.” 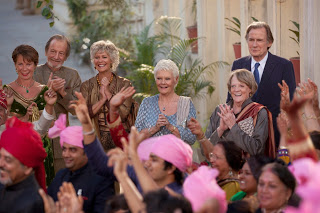 This followup to the delightful 2011 comedy (reviewed in my book, Consciously Created Cinema) presents the continuing adventures of a group of British retirees and other colorful characters living in the Best Exotic Marigold Hotel for the Elderly and Beautiful in Jaipur, India:

• The once-crumbling establishment, the brainchild of vivacious hotelier Sonny Kapoor (Dev Patel), has somehow stabilized its operations, thanks in large part to the invaluable assistance of manager and permanent resident Muriel Donnelly (Maggie Smith). In fact, with the hotel’s rooms nearly always full, Sonny is now looking to expand his holdings by acquiring another property for renovation, the first in a hoped-for chain of comparable facilities. Sonny and Muriel seek backing from an American franchising company headed by Ty Burley (David Strathairn), but the prospective investor says his final decision will depend on the recommendations of an undercover inspector he’ll send to check out the operation.

• For Evelyn Greenslade (Judi Dench), a widowed housewife who was forced into selling her residence back in England to pay a backlog of debts left by her deceased husband, life has taken some interesting twists and turns since relocating. She’s landed a job as a textile buyer, and she’s quietly taken a liking to fellow resident Douglas Ainslie (Billy Nighy), a retired civil servant and local tour guide. There’s just one problem: Douglas is married. And, even though he’s separated from his wife, Douglas is reluctant to pursue a relationship with Evelyn, especially when his estranged spouse, Jean (Penelope Wilton), who had previously returned to England, makes a surprise appearance. With the years running short, will Evelyn and Douglas allow their fears to keep them locked in place, or will they follow their hearts and move ahead? And why has Jean suddenly reappeared? What does she want?

• Onetime spunky skirt-chaser Norman Cousins (Ronald Pickup) has taken up residence with his new significant other, Carol Parr (Diana Hardcastle). But, despite Norman’s efforts to remain faithful, the old urges continue to surface. Will he be able to stifle his impulses, or will he give license to his feelings? And what exactly do these feelings entail? He has much to think about, especially when a variety of unexpected revelations come to light.

• Madge Hardcastle (Celia Imrie) enjoys the freedom her relocation has afforded her. Having once been saddled with numerous demands on her time, such as frequent requests for babysitting her young grandchildren, Madge relishes her job at a local ex-patriot club and the attention she receives from two would-be wealthy suitors, Nimish (Avijit Dutt) and Abhilash (Atul Tiwari). But, even with these changes in her life, she still senses something is missing, feelings she quietly tries to sort out with her driver, Babul (Rajesh Tailang). Maybe Madge isn’t done making changes yet. 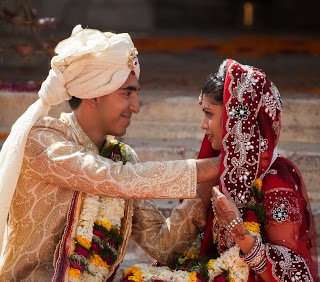 These stories play out against the backdrop of several other events that affect all of the residents. In addition to pursuing his operation’s expansion plans, Sonny is preparing for his upcoming wedding to his fiancé, Sunaina (Tina Desai). His attention from the big event is often distracted, however, by the meddling of his often-overbearing mother (Lillete Dubey). He’s also suspicious that a suave interloper, Kushal (Shazad Latif), a friend of Sunaina’s brother, has eyes for his bride-to-be. Sonny believes he has reason to be worried about this, too, especially when it becomes apparent that Kushal could be undermining his business plans.

Compounding all this is the appearance of two mystery guests who arrive unannounced. When American Guy Chambers (Richard Gere) checks in, Sonny immediately suspects he’s the undercover hotel inspector Mr. Burley spoke of. Chambers insists he’s a writer conducting research for a book, but Sonny believes that’s a cover story. Sonny thus goes out of his way to show his guest every courtesy, even if it means routinely inconveniencing the other new arrival, Lavinia Beech (Tamsin Greig). In fact, there’s almost nothing Sonny won’t do to win over his guest, something that earns the consternation of his mother, appalls Lavinia and raises the eyebrows of virtually everyone else, all of whom believe Sonny’s wrongheaded actions make him look foolish. It remains to be seen who has the last laugh, however, both in this and all of the other scenarios as they play out. 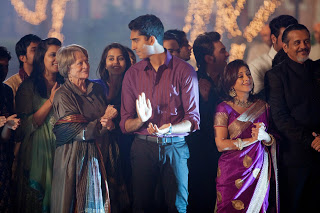 As this film’s predecessor so aptly illustrated, we’re never too old for an adventure or a new beginning. Indeed, as the old adage maintains, as one door closes, another opens. But, given the magnitude of the changes these characters implemented for themselves in the original film, some of them wonder about the necessity or prudence of making even more alterations in the wake of their relocation. Wasn’t that change enough in itself? Or was that just the beginning? And are they up to the challenge of making more adjustments?

Those familiar with conscious creation philosophy understand that we’re all in a constant state of becoming, our realities ever shifting in line with the ebbs and flows in the beliefs we employ to manifest the existence we experience. So, considering that, why would this principle cease to operate just because we’re getting on in years? Age, in fact, has nothing to do with interrupting this process unless we purposely draw upon beliefs that impose such a state of affairs upon us. Is that what we really want?

If anything, it would seem that keeping an open mind about change is especially important for those nearing the ends of their temporal journeys. With the biggest adventure of all looming, maintaining such a mindset could prove highly beneficial in preparing for that grandest of odysseys. That’s something all of the Marigold Hotel residents must contend with to one degree or another, and how they respond will affect the satisfaction and fulfillment they realize. 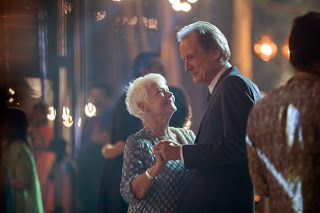 In tackling this task, it’s particularly crucial that we address an important consideration – our fears. Failure to do so can lead to stagnation, lost opportunities and regrets. This is true for both young and old, as the film illustrates, but it’s especially critical for those of advancing age. With the end of life approaching, they must ask themselves questions like “How many more chances have I got?” and “Do I really want the journey to end without having acted on impulses near and dear to me?” This is perhaps most obvious in the story line involving Evelyn and Douglas, but it’s apparent in virtually every other subplot in the picture’s narrative.

So how exactly do we go about this? One especially helpful tactic is to follow our intuition, because it gives us clues about how to proceed. All too often, though, we dismiss it out of hand, believing that its seemingly “illogical” impressions make no sense and that it will ultimately work against us. Yet nothing could be further from the truth. As one of the components aimed at helping us refine our beliefs, our intuition is a valuable source of guidance, and it would behoove us to listen to it.

We see this theme recur repeatedly in the film, especially in Madge’s story. Her choices regarding a suitor might “seem” evident, but are they really? If they were truly so obvious, then why does she have this nagging sense that something is missing from her options? And, in line with that, should she listen to those impressions, or are they just irrelevant nonsense percolating up in her consciousness? This is something only she can sort out, but, if she follows her heart, she just might find a very pleasant surprise awaiting her at the end of her deliberation.

Of course, in drawing upon these intuitional impulses, we must be careful not to let them become tainted by considerations like fear or doubt, as they can distort the information that’s trying to come through. This is territory where Sonny must tread cautiously. He claims to have a nose for sniffing out the truth, and he’s often spot-on in his assessments. But, on occasion, he lets his apprehensions get the better of him, giving him a skewed interpretation of his circumstances. Sometimes this can be chalked up to the inexperience of youth, a “shortcoming” that gets fine-tuned with age. All of which helps to illustrate why tapping into our intuition grows even more important as we grow older. Making use of it just might help infuse the gold into what should be our golden years. 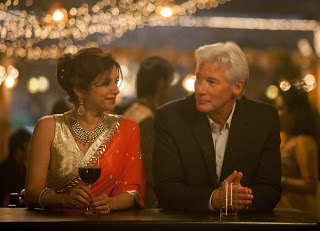 “The Second Best Exotic Marigold Hotel” does what a good sequel should do – continue the story without rehashing the original, despite the presence of familiar elements and characters. It also improves upon its predecessor by doing a better job of meshing the interaction of the characters, something that was somewhat lacking in the original. This can be attributed to the picture’s generally thoughtful writing, though a few of its story threads are silly, with plot lines involving overblown misunderstandings rivaling episodes of Three’s Company. The acting of the ensemble cast is generally good across the board (especially Smith and Wilton), though some of it is clearly overdone (most notably Patel, whose infectious effervescence could clearly use some tempering). The picture also features an impressive Bollywood-style dance number, an ethereal soundtrack, and beautiful depictions of local color and culture.

It’s been said that “When we rest, we rust.” This expression is most often used in connection with retirement, but it’s just as applicable to all of us in our conscious creation practices. If we were to allow this capability to atrophy, we would quickly find life a lot less interesting and immeasurably less fulfilling. And, given our finite time in this reality, let’s hope we never let things get to that point.