‘Age of Adaline’ examines the nature – and quality – of life

As our population ages, quality of life issues have come under increased scrutiny. What makes for an acceptable existence? Does our reality measure up to our expectations? And who is ultimately responsible for what makes a good life? These sorts of questions are in the forefront of the minds of many seniors, but what happens when they preoccupy the thoughts of someone considerably more youthful? That’s one of many such issues raised in the new metaphysical romance, “The Age of Adaline.”

Adaline Bowman (Blake Lively) has led a long and interesting life – a very long and interesting life. Having been born in 1908, the San Francisco native grew up in the Bay Area, eventually marrying Clarence James Prescott, a talented, handsome young architect (Peter J. Gray) and giving birth to a daughter, Flemming. Regrettably, Clarence was killed in an accident during construction of the Golden Gate Bridge, leaving Adaline widowed at a young age. But, being the determined soul that she was, she carried on, raising her daughter as best she could as a single mother. However, nothing could have prepared her for what came next.

While driving to her parents’ country home through the wilderness of Sonoma County, Adaline encountered a freak snowstorm. As beautiful as this sight was, however, this unusual inclement weather challenged the California native’s driving skills. She quickly lost control of her car, which crashed and became submerged in water. With the life draining out of her body, Adaline was near death when, even more unexpectedly, a bolt of lightning struck from out of the blue, hitting her vehicle and sending a jolt of electricity through her body that shocked her back to life. Amazing as that was, though, Adaline became the recipient of something equally miraculous – she completely stopped aging. From that point forward, she was spared the physical ravages of time, destined to be 27 forever. 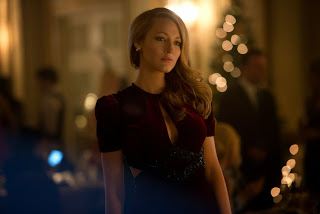 Adaline Bowman (Blake Lively) lives a long and interesting life, and carries a big secret about herself, in the new romantic fantasy, “The Age of Adaline.” Photo by Diyah Pera, courtesy of Lionsgate.

As enviable as many might find this attribute, Adaline soon learned it was also a curse. With others around her aging normally, she continually had to devise excuses to explain her perpetual youthfulness. And, over time, rumor of her condition eventually made its way to the authorities, who seized Adaline to subject her to experiments to discover the nature of her secret. Fortunately, she managed to escape, but that forced her to go on the run, necessitating periodic makeovers and the adoption of new aliases to keep her true identity safe. She told no one about herself or her whereabouts except her daughter, though their encounters were inherently brief, infrequent and clandestine.

Such was how Adaline spent the next 60 years. Her life was rather lonely. She watched Flemming age into a senior citizen (Ellen Burstyn), and she kept most attachments (especially those of a romantic nature) at arm’s length, knowing that, because of her condition, she could never truly grow old with someone. But, after so many years living in the shadows, such thinking is about to change.

While preparing for yet another move and another new alias, Adaline has a romantic encounter with a handsome young philanthropist, Ellis Jones (Michiel Huisman). As much as she resists becoming involved, she can’t help but fall for his charm, kindness and good looks. And, at Flemming’s urging, she decides to at last take a chance on love. But Adaline’s resolve for this uncharacteristic behavior gets put to the test when she and Ellis attend the 40th wedding anniversary celebration of his parents, William (Harrison Ford) and Kathy (Kathy Baker). Circumstances arise that threaten the exposure of her long-held secret. How she responds – and what comes from it – will change her life (and her outlook about it) forever. 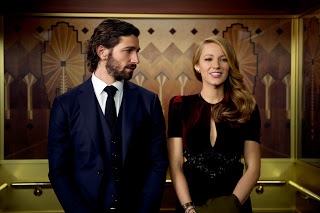 Despite her resolve to avoid romantic attachments to protect a personal secret, Adaline Bowman (Blake Lively, right) can’t help but fall for the charms of a handsome young philanthropist, Ellis Jones (Michiel Huisman, left), in “The Age of Adaline.” Photo by Diyah Pera, courtesy of Lionsgate.

From the standpoint of conscious creation, the philosophy that maintains we manifest our existence through our beliefs, thoughts and intents, Adaline’s reality is quite an intriguing materialization. Many of us would no doubt like to experience an existence in which we never age. Consider the upside of remaining youthful, healthy and attractive all of our lives; the temptation behind that is certainly formidable. But consider the downside as well – having to watch those we love and care about age, grow old and die while we stay permanently stuck at a fixed age. It might be more palatable if everyone else were to create the same type of existence as us, but such is not the case for Adaline; she must endure a reality that’s both a blessing and a burden.

Under circumstances like these, many often ask why would someone want to create a reality like this? As is usually the case, such challenging forms of existence generally have to do with learning particular types of life lessons, teachings and experiences that might not be attainable under other conditions. One can only speculate as to Adaline’s reasons, but some possibilities include learning what it’s like to have seemingly perpetual youth and everything that comes with that, for better or worse. Another option is that it affords an opportunity to amass the equivalent of multiple lifetimes’ worth of experience entirely within a single life span, something that others might only be able to obtain through a number of reincarnational existences. Or there could be yet other reasons known only to Adaline herself. But, no matter what emerges, the outcome always stems from whatever beliefs the creator holds in the first place.

As I see it, one of Adaline’s chief lessons in this little experiment in reality creation has to do with learning how to live as opposed to just existing. Despite having gifted herself with unending youthfulness, Adaline is rarely able to fully enjoy it. She must expend considerable effort maintaining an impenetrable façade, one that prevents her from truly relishing the joys that life has to offer. Simple pleasures that many of us take for granted, like falling in love for life, aren’t feasible for her, because the logistics just won’t work. What’s more, the pressure of always having to look over her shoulder to safeguard the secrecy of her identity can’t be any fun, especially when the effort needs to be maintained in perpetuity. A reality made up of experiences like that, to me at least, seems more like existing than living, and maybe Adaline manifested an existence like this to help her distinguish the difference – so that she can create something new, fresh and fulfilling for herself going forward. 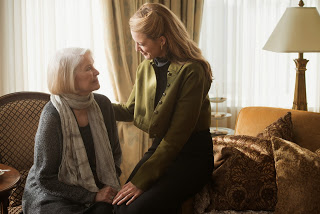 A perpetually youthful Adaline Bowman (Blake Lively, right) must sit back and watch her daughter, Flemming (Ellen Burstyn, left), age and grow old before her eyes in “The Age of Adaline.” Photo by Diyah Pera, courtesy of Lionsgate.

If the foregoing is indeed true, how would Adaline proceed? Very simply, she needs to learn how to exercise her power of change, one of the cornerstone principles of conscious creation. Given the fact that this philosophy affords us access to an infinite number of probabilities for existence at any given moment, we can always change the direction in which we head if we dislike what we’ve materialized for ourselves.

Of course, we must first realize that we possess this power, something that we may not recognize, that we may take for granted and fail to exercise, or that we may fundamentally disbelieve. If we allow any of these impediments to get in our way, our ability to invoke change won’t happen, and our existence will continue on as it has. Only when we’ve tired of what we’ve manifested and discern that there must be other options available to us will we become aware of our power of change and our ability to rewrite our beliefs to create a new reality more to our liking. For her sake, we can only hope Adaline comes to that realization and brings into being the conditions necessary to make desired changes possible.

Despite its intriguing premise and thoughtful metaphysical themes, “The Age of Adaline,” unfortunately, suffers from a variety of execution problems that keep it from living up to its potential. To its credit, this modestly enjoyable romantic fantasy features capable supporting performances by Ford, Baker and Burstyn and fine production values spanning multiple decades. However, the film falls short with a meandering, underdeveloped script, an excessive amount of voice-over narration that grows progressively more annoying as the story unfolds, and a pair of leads who are clearly not up to the demands of their roles. While the picture might work well as a lightweight date movie or a fun option for a night out with the girls, viewers shouldn’t expect much more than that. 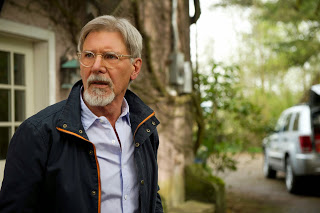 William Jones (Harrison Ford), a long and happily married man, grows understandably confused when presented with a seemingly unfathomable conundrum in the new metaphysical romance, “The Age of Adaline.” Photo by Diyah Pera, courtesy of Lionsgate.

We’ve all no doubt heard the expression “Life is what you make of it,” and that simple statement effectively summarizes the essence of conscious creation. Much of the time, however, we lose sight of that sentiment, especially as we become preoccupied with the minutiae of daily existence. That’s particularly true when we feel like we constantly have to scramble to prop up the appearances of a reality sorely in need of alteration. We need to take a wider view, to embrace our capacity for change and our ability to rewrite our beliefs for manifesting a greater sense of satisfaction and fulfillment. It would be in Adaline’s best interests if she learned from those lessons. And, in many cases, the same could be said for the rest of us.