What does it mean to have one of the most significant foundations of your life kicked out from underneath you? What’s worse, what does it mean if you don’t seem to care? That’s the challenge put to the surviving spouse of a tragic event as he seeks to put his life back together – by tearing down his old existence to build anew – as detailed in the new independent drama, “Demolition.”

When successful, button-down investment banker Davis Mitchell (Jake Gyllenhaal) loses his wife, Julia (Heather Lind), in a car accident, he tries to grieve but, inexplicably, he can’t. Even with the passage of time, the shock never seems to set in, leaving family, friends and colleagues somewhat perplexed. Why won’t he let out his feelings?

Shortly after Julia’s funeral, while in seclusion, Davis remembers an incident that took place not long after her passing. He recalls being in a hospital waiting room adjacent to the trauma center where she died. He attempted to purchase some candy from a vending machine, but it failed to dispense the product. The incident curiously captivated him, and rather disproportionately at that; after all, as someone earning big money, why should the loss of a paltry $1.25 matter so much? He decides to write a letter of complaint to the vending company, going into extensive detail about the circumstances of the event, as well as his life overall. As time passes, this correspondence leads to a subsequent series of letters to the vending company in which he systematically outlines the details of his life, all in the interest of “being thorough.” 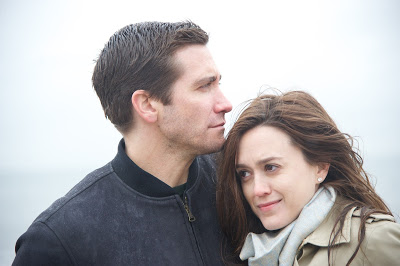 In the meantime, Davis becomes more reclusive. He has a heartfelt conversation with his boss (who also happens to be his father-in-law), who advises him that rebuilding one’s existence begins with tearing down one’s old life, a recommendation that Davis promptly starts taking literally. He proceeds to disassemble his home refrigerator, his work computer and even a bathroom stall in the office restroom, acting out externally a process that has begun churning internally.

As Davis’s behavior grows progressively more bizarre, those who know and care about him, such as his parents (Malachy Cleary, Debra Monk) and his in-laws (Chris Cooper, Polly Draper), grow increasingly worried. The same is true of Karen Moreno (Naomi Watts), a customer service representative from the vending company Davis contacted. Touched by Davis’s letters, Karen decides to phone him, asking if he has someone with whom he can share his thoughts. That call prompts further, increasingly personal contact, eventually leading to an impromptu in-person meeting and the start of an unusual new friendship.

Through their conversations, Davis learns that Karen, too, is deconstructing and reconstructing her own life, in her own unique way. She struggles to manage a dysfunctional romance with her boss, Carl (C.J. Wilson), and to preserve a deteriorating bond with her teenage son, Chris (Judah Lewis), who has a host of issues of his own. Together, Davis, Karen and Chris seek to get their lives back on track by coming to terms with what they’re leaving behind – and what they’re about to replace it with. 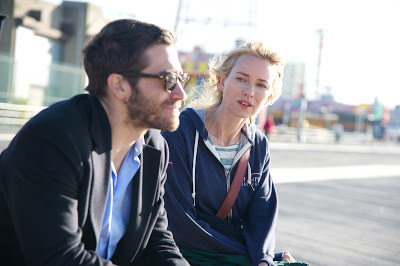 The process of demolishing our old lives to build new ones is seldom fully understood. Many of us like to think we can just start from the ground up in creating something fresh. However, for a new life to take root, we generally must make space for it by clearing out the clutter that could get in the way. This means intentionally disposing of what’s no longer working, something that usually feels more like a loss than a healthy purge.

So how do we decide what to trash? This involves examining what’s superfluous in our lives and why it has become so. But it’s a process that requires more than assessing the usefulness or practicality of what’s being eradicated; it also impels us to comprehend why those habits, items, relationships and attitudes have become obsolete. And, to understand that, we must look at the reasons why we drew those things into our lives in the first place, a practice that calls upon us to examine our thoughts, beliefs and intents, the building blocks of the conscious creation process, the means by which we manifest the reality we experience. This will tell us why our existence has unfolded as it has, why and in what ways it no longer works, and what we must do to chart a new course.

This helps to explain Davis’s inability to grieve. By subjecting himself to this process, he learns that his lack of feeling over Julia’s death is due to the fact that he never really knew her well in the first place. The bond between them wasn’t especially strong to begin with, so their emotional connection wasn’t inherently substantial. In fact, as Davis further discovers, marrying the boss’s daughter proved to be something of a convenience, yet another in a series of life events that allowed success and material comfort to come to him all too easily. Because of this, Davis has allowed himself to drift through life effortlessly, never really coming to know himself. With Julia’s passing, however, he’s forced into facing his true nature, a catalyst that prompts an exercise in self-discovery, one characterized literally and figuratively by deconstructing his old life to uncover a new one.

Many of us experience life-changing events, but we frequently fail to recognize or acknowledge the full depth of their significance. Unlike Davis, we often get caught up in the emotion of such incidents, asking “why me?” and never delving any deeper to see what underlies them. However, by taking the time to examine them in terms of what we’re leaving behind and why, we begin to see the reasons for a new life opening up before us. By viewing these events as springboards for change rather than as capricious, random tragedies, we have an opportunity to make the most of these catalysts, to see the silver linings associated with them that many of us like to believe exist but that we frequently chalk up to wishful thinking. We can thus see why we drew such changes into our existence, enabling us to warmly embrace the beliefs that made them – and all the potential benefits they afford – possible.

The range of benefits is truly extensive and varies from individual to individual, depending on what we need to learn the life lessons we seek to experience. In Davis’s case, for example, he – like many of us – is searching for the true self he has long ignored. To do that, though, he must eradicate the impediments that hamper that quest, namely, his tendency to let things happen too easily. By never challenging himself, he deprives himself of the opportunity to see what really moves him, what’s really in line with his reason for being. However, once he becomes aware of the obstacles preventing that in his life, he has a chance to change it, to dissolve his former existence and reinvent himself so that his authentic self can shine through.

In conscious creation terms, the process of eliminating these impediments is often referred to as stripping away the camouflage in our lives. Camouflage can take multiple forms, such as the distractions that frequently keep us from focusing our attention on what’s most important – the formation of beliefs in line with the fulfillment of our life’s purpose. Life-changing events, like tragedy, illness or other forms of loss, are often intended to wipe away those diversions, to force us to eliminate limiting or unproductive beliefs that yield the camouflage that gets in the way of why we’re here. In essence, this encourages us to become metaphysically lean and mean, urging us to get serious about pursuing our value fulfillment, the conscious creation concept associated with us living our lives as our best, truest selves for the benefit of ourselves and those around us.

Davis (Jake Gyllenhaal, left), a widower seeking to come to terms with his grief, and Chris (Judah Lewis, right), a rebellious teen with a variety of issues, seek to find themselves in “Demolition.” Photo courtesy of Fox Searchlight Pictures.

This introspective process pushes us to trust our gut, to follow our intuition to discover who we really are. Unfortunately, it’s a tool we often underutilize or ignore, because it’s frequently seen as illogical or irrational. However, it usually leads us to where we need to go, no matter how outlandish it may seem, either to us or to others.

To his credit, Davis doesn’t hesitate to follow his intuition’s recommendations. He may not understand the reasons for his actions, nor may he be aware of the implications. Nevertheless, he trusts the suggestions, regardless of what others may say or without regard to what his old self may typically have done. Such thoughts and actions are destined to lead him to where he needs to be, and, thankfully he has the wisdom to accede to them. If his true self is to emerge and his new life is to be born, this is positively essential, an example we’d all be wise to heed.

“Demolition” provides a compelling look at reconstructing oneself from the ground up, with grief (and the search for it) serving as a surprisingly intriguing catalyst. Despite a few too many subplots (some of which receive short shrift), a handful of somewhat implausible incidents and a slight tendency toward repetition in the narrative, the film nevertheless takes a unique look at its subject matter, providing insight into a valuable life lesson we could all learn from. Gyllenhaal and Watts prove once again that they are some of today’s best screen talents, and director Jean-Marc Vallée firmly establishes himself as one of the industry’s most solid, dependable filmmakers, capably following up his previous works “Dallas Buyers Club” (2013) and “Wild” (2014) with yet another fine effort. “Demolition” certainly won’t appeal to everyone, but those looking for inspiration to build on in repairing and reshaping their own lives will likely find this offering meaningful and revealing.

Starting over may not be easy, especially if there’s much to be gotten rid of as we initiate the process. However, such purges usually prove highly beneficial, taking us to places we may not have previously imagined. Tearing down the old might be difficult, but, when we consider what it ultimately makes possible, the effort is well worth it.