When life seems to be falling apart, it helps to have something to latch onto to stay afloat. But whatever one reaches for, no matter how satisfying it may be, could lead to even bigger and better things, and much of it unexpected. Such is the case for an Irish teen seeking to find himself during deteriorating circumstances in the charming new musical romantic comedy, “Sing Street.”

In the mid 1980s, with the Irish economy in the doldrums, residents of the Emerald Isle suffered financially, with many, especially the young and talented, fleeing to England to seek new opportunities. For those who remained behind, life was hard, with many households having to make sacrifices, and even the middle class wasn’t immune. Such conditions often led to domestic strife, with couples squabbling over money and, eventually, a host of other relationship issues.

Such is life in the family of a soft-spoken, somewhat geeky teen named Conor (Ferdia Walsh-Peelo). His parents, Robert (Aiden Gillen) and Penny (Maria Doyle Kennedy), seek to save money by transferring him from a pricey private academy to the Synge Street School, a public institution in a rough, inner city Dublin neighborhood. Needless to say, Conor’s not thrilled at the prospect, especially when he meets his loutish classmates, such as the resident bully, Barry (Ian Kenny), and the school’s no-nonsense headmaster, Brother Baxter (Don Wycherley).

However, not all is lost. Shortly after arriving at Synge Street, Conor meets a mysterious young neighborhood girl, Raphina (Lucy Boynton), who is said not to give anyone the time of day. But Conor is so taken with her beautiful, enigmatic looks that he can’t resist the opportunity to try chatting her up, a gesture to which she surprisingly responds. He quickly learns that she aspires to move to London and become a model, which gives him an idea to win her affections: He asks her if she’d like to appear in a music video for his band.

Much to his amazement, Raphina agrees, and everything between them seems good to go, with one little hitch – Conor needs to form a band to make the video. But, despite this minor complication, Conor is not deterred; with the aid of his buddy, Darren (Ben Carolan), who agrees to act as the yet-assembled group’s manager, he recruits a songwriting collaborator (Mark McKenna) and a coterie of musicians (Percy Chamburuka, Conor Hamilton, Karl Rice) to join him. And, with the tutelage and encouragement of his older brother, Brendan (Jack Reynor), a one-time aspiring musician, Conor and his new band, Sing Street, are on their way. 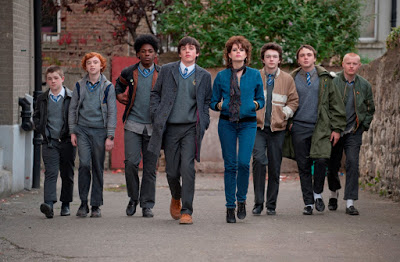 What begins as a quest to win the heart of a would-be romantic interest soon takes another course. As the band hones its sound and Conor becomes polished as a musician and songwriter, his life moves in a new direction. He finds his calling and embarks on the pursuit of his unexpected destiny. And what of the amorous catalyst that launched this unforeseen endeavor? Well, you’ll have to watch to find out.

When beaten down by life’s setbacks, rebounding can be difficult, but that’s where having an inspirational spark to recharge ourselves can prove a godsend. So it is for Conor; when faced with the challenges of attending a deplorable new school, dealing with feuding parents destined for separation, and enduring the routine rants of dejected, disillusioned siblings, it’s no wonder that he needs something to give his life meaning and purpose. And that’s where he believes Raphina comes in. But, at the time they meet, little does he know that she’s merely the catalyst for something even more impressive. 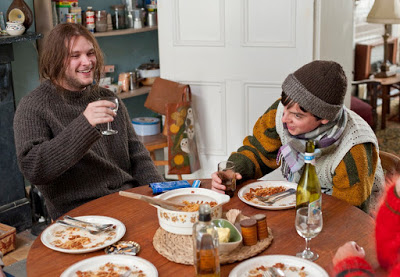 Approaching Raphina certainly takes courage, given the rumors of her aloof reputation. But the hearsay doesn’t intimidate Conor; on some level, he knows that he must at least make the effort to find out what this connection will yield, a hunch that ultimately pays off far more handsomely than he ever could have imagined. It’s quite a dividend for an ostensibly simple gesture.

So what would prompt Conor to take such a seemingly improbable step? Considering his mild-mannered nature and the conventional wisdom about Raphina’s icy receptivity to advances (particularly from strangers), the odds would seem to be stacked against him. Yet Conor proceeds because, on some level, he believes something will come out of it. And that inner awareness ends up being his saving grace, but then that comes with the territory for advocates of the conscious creation process, the means by which we manifest our reality through the power of our thoughts, beliefs and intents.

As this story illustrates, Conor is quite proficient at employing the conscious creation process. To begin with, he makes effective use of several of its key components. For instance, he trusts the input of his intuition, regardless of how dubious its messages may seem. On top of that, he obviously has a tremendous capacity for living courageously, overcoming his fears and moving forward despite them. The result is quite a substantial payoff.

But getting Raphina’s attention is just the tip of the iceberg. What Conor’s involvement with her yields is by far the bigger prize, revealing talents that he never knew he had. To be sure, he had long dabbled with music but mainly as a dilettante. However, by making an offer to feature Raphina in a video for a nonexistent band, Conor realizes he must now get serious about his art. Given how events unfold, it’s obvious he believes he’s capable of pulling it off – and, by implication, on some level, always has been. 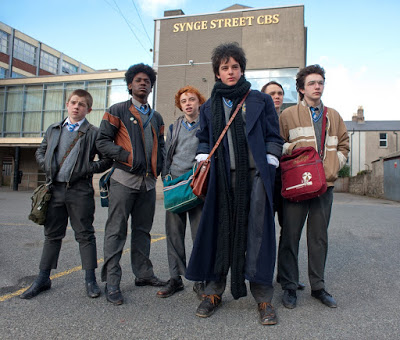 As Conor embarks on this odyssey, his first steps are undoubtedly tentative and not without errors. But, as he gains experience, his skills improve, confirming his beliefs in his innate talents, which subsequently blossom in full-fledged tangible form. This builds his confidence, bolstering his self-reliance and abilities even more.

Conor is also proficient at drawing to himself the resources he needs to pull this off, a prime example of the law of attraction (the alternate name for conscious creation) at work. In addition to his catalytic association with Raphina, he successfully locates a band manager, a songwriting collaborator, a mentor and, of course, his band. Even the prevailing circumstances that prompted this scenario – difficult though they may have seemed at first glance – fortuitously appear and lead to the emergence of Conor’s new life path, paving a way for him that he might not have considered had they not materialized. In these ways, all of the puzzle pieces remarkably fall into place, as if by design (which, in fact, it is). This represents a clear demonstration of Conor’s ability to recognize and make use of the power of synchronicity, those meaningful coincidences that are tailor-made to meet the needs of our conscious creation undertakings.

The flowering of Conor’s previously unknown talents also illustrates the existence of our multidimensional selves. Many of us might be tempted to think that we’re merely the selves we already know, but, as Conor’s experience shows, there’s clearly more lurking within us than we may be aware of. Bringing those other aspects of our selves to the forefront is a primary aim of the conscious creation process, revealing those parts that have long remained hidden or obscured by self-imposed limitations. Their expression as physical manifestations marks their liberation and lends credence to one of conscious creation’s hallmark notions, the principle that we’re all in a constant state of becoming. And, in Conor’s case, what he becomes not only astounds those around him, but himself as well. 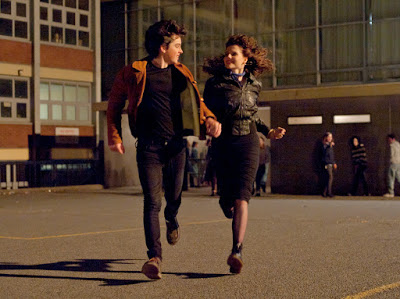 “Sing Street” is a charming, funny, coming of age period piece about a hopeless romantic who discovers talents he never knew he had. This finely produced feel good offering both inspires and tugs at the heart strings, but it successfully resists the temptation to become schmaltzy or clichéd. The film deftly spoofs the early days of music videos, mimicking their unapologetic silliness but without going over the top in doing so. Its original songs, composed by director John Carney, echo the music of the period and mesh well with the soundtrack’s other artists, such as Duran Duran, Hall & Oates, Joe Jackson, The Cure and The Jam. And the picture’s fine ensemble cast (many of whom are first-time on-screen performers) shines throughout, living up to the spirit of the film itself. Admittedly, the narrative would have benefitted from a bit more back story and greater character development among the supporting players (such as the other band members and Conor’s family), but, on balance, “Sing Street” never fails to entertain, offering a raucously good time at the show.

Having a diversion to get us through hard times can prove incredibly beneficial, perhaps serving as more than just a stopgap measure to stop the bleeding, as Conor’s experience demonstrates. But, to take advantage of these circumstances, it’s imperative that we have the insight to recognize them and the courage to act on them. Should we do that, though, we may end up surprising everyone – including ourselves.