What does it mean to follow one’s dreams of creative fulfillment? It can be a challenging and frustrating experience, especially when one’s efforts don’t readily bear fruit. But, when events come together to bring about the realization of those goals, the rewards are tremendously satisfying, especially when the results take pleasantly unexpected forms. Such are the outcomes chronicled in the uplifting new documentary, “Presenting Princess Shaw,” now available in theaters specializing in independent cinema and on video on demand.

Aspiring singer-songwriter Samantha Montgomery (a.k.a. Princess Shaw) spends her days as a health care worker in a senior center and her nights as a would-be performer in New Orleans night spots. However, despite her perseverance, her musical career seems to gain little traction. Even with her own YouTube channel, on which she posts a cappella renditions of her original compositions, she has little success attracting fans or potential backers.

Meanwhile, across the globe in Israel, visionary composer and video artist Ophir Kutiel (a.k.a. Kutiman) scans the Internet (particularly YouTube) in search of material for use in the unique creations he posts to his own YouTube channel. Kutiman compiles inventive video mash-ups by combining samples from the web performances of amateur musicians, mixed with his own original orchestration, to create entirely new distinctive works. He essentially treats these video samples as “notes” for his “compositions,” which not only create new pieces but also an entirely new musical and visual art form. He has developed quite a following for these creations, too, earning him international acclaim and invitations for high-profile public performances, such as a special concert at New York’s Guggenheim Museum. 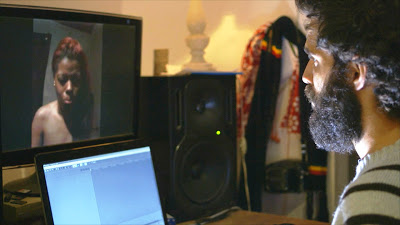 While searching YouTube for new material, Kutiman discovers Princess Shaw’s videos, and he’s mesmerized. He soon begins sampling her videos and reworking her music with his original arrangements. The result is an overnight sensation, one that astounds viewers around the world – including Princess Shaw herself, who knows nothing of Kutiman or his reworking of her material until she sees it online for herself. This fusion subsequently leads to a new creative collaboration, one that brings together two of the unlikeliest of participants.

Journeying to the creative promised land often seems like an exhilarating adventure. When we start out, the air is full of thrill and expectation. But, once we embark on that trek, we quickly find it often requires considerable effort, likely far more than originally anticipated. And that naturally raises the question, “How do we get noticed?”

That’s where what we have to offer comes into play. To get the attention of potential followers, we frequently need to offer materials that are fresh, new and distinctive, something that decidedly requires us to think outside the box. And, to make that happen, we must be able to envision those unexplored possibilities, an outcome made possible by searching the reserves of our beliefs, the means by which we create the reality we experience through the conscious creation process. 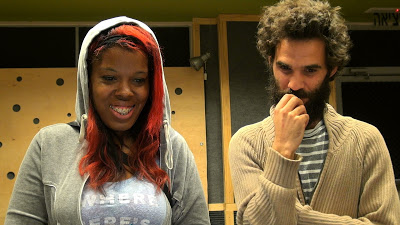 This is something that applies to both of the principals in this film. Princess Shaw, for example, clearly has the basics down, and her YouTube channel helps to make her presence known. But, to successfully place her work in the public eye, she needs something to set it apart. This requires her to formulate beliefs aimed at manifesting that nebulous “x factor,” the element that will put things over the top for her.

Kutiman, meanwhile, faces a comparable challenge. Even though he may be more practiced at materializing unique creations than his future collaborator, he nevertheless needs to put out beliefs that will lead him to the secret ingredient he needs for his next original sensation.

As events unfold, the participants in this scenario each succeed in their respective tasks. Princess Shaw finds the missing piece to complete her work, and Kutiman identifies the centerpiece of his newest undertaking, all made possible by the manifesting beliefs that they both put forth. They thus take their respective intangible conceptions and materialize them in finished physical form, the practice that essentially underlies any creative venture, including anything from the lofty to the mundane, be it writing a song or cooking dinner for the kids. 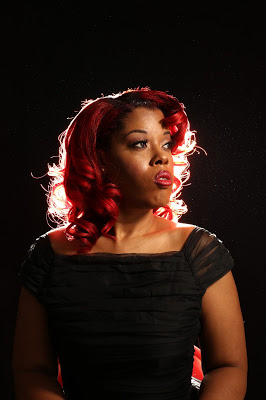 Working such magic can be facilitated by drawing on several key related principles, all of which the collaborators in this film are expert at. For instance, both Princess Shaw and Kutiman have an unshakable faith in their abilities (and, by extension, the beliefs that support them). This galvanizes their resolve and confidence, significantly bolstering their efforts at achieving what they set out to accomplish.

Likewise, both collaborators approach their endeavors by operating with personal integrity. They’re sincere in the tasks they undertake, and this resonates in the beliefs they employ to make it happen. By making use of such genuine intents, they significantly augment their efforts at realizing what they set out to manifest.

Of course, nothing happens without being willing to face our fears and live heroically. Both Princess Shaw and Kutiman understand these principles and don’t hesitate to stridently push forward with their creative ventures by drawing on them. When Princess Shaw realizes that her career is going nowhere in New Orleans, for instance, she decides to travel to Atlanta, the music industry’s newest hot spot, in an attempt to increase her visibility. And she does this despite a number of personal hardships, fully aware that it’s an essential step to furthering her vocation.

In the end, both principals appreciate the fact that their journey together is an act of co-creation. Their joint efforts, as well as the beliefs that support them, are integral to the fulfillment of their finished products. In large part, this is made possible by their creation and recognition of fortuitous synchronicities, those “meaningful coincidences” that appear so perfectly tailor-made to meet their needs that they enable their goals to sail through from concept to materialization quickly and with tremendous ease. It’s truly inspiring to see what such collaboration can yield when we put our minds – and beliefs – to it. 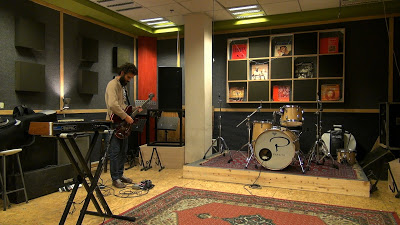 “Presenting Princess Shaw” imparts a resoundingly uplifting message, one that’s sure to inspire viewers. The film candidly captures an artist’s struggle to get by, both creatively and in the challenges of everyday life, not to mention the balance required to make them both work. The protagonist’s heartfelt revelations about her life and her past are indeed moving, providing poignant insight into the source material for much of her music.

What’s more, success issues aside, the film profoundly celebrates what it means to create for its own sake, something aspiring artists often lose sight of in seeking to establish themselves. As the efforts of Princess Shaw, Kutiman and the many YouTube artists featured in the film illustrate, there is much to be said for pursuing our creative ventures, regardless of the outcome. One would hope that rewards follow from such efforts, but, as this picture shows, sometimes creative fulfillment is its own compensation.

However, even though the film is based on a true story, its designation as a “documentary” might seem a bit dubious, given the chronology of events and the participants’ apparent one-sided awareness of one another. In production notes for the film, director Ido Haar acknowledges that, while he knew what Kutiman was doing with Princess Shaw’s music, he didn’t volunteer this information to her during filming prior to the video remix releases, a revelation not made in the movie. Without this acknowledgment, astute viewers might justifiably wonder how the filmmaker just happened to be opportunely present to capture his subject’s candid revelations and the seminal moments in her life and developing career at a time when she was still largely unknown. This is a rather glaring oversight, in my opinion, one that seriously impacts the film’s credibility. Nevertheless, with that caveat in mind, it’s still entirely possible to enjoy the picture and what it has to offer, even if this conspicuous omission makes some of the content seem somewhat suspect.

Climbing the ladder of success often pushes us to our limits – and beyond – in our search for our own creative milieu. Preparing ourselves by being in the right place at the right time, backed by manifesting beliefs that make such circumstances possible, can turn things in our favor when those auspicious moments arrive. We should all be so fortunate, but, thankfully. we have Princess Shaw’s example to draw from.