Making one’s way in the world can be difficult enough, even under the best of circumstances. But, when conditions offer repeated challenges, the chances of success can become that much more difficult, as evidenced by the experiences of a young Scottish farm girl in the days before World War I, the subject of the moving drama, “Sunset Song,” now available on DVD, Blu-ray Disk and video on demand.

Chris Guthrie (Agyness Deyn) lives a rather hard life in rural Scotland. She aspires to be a teacher, but she’s perpetually saddled with the responsibilities of the family farm, especially after the death of her mother (Daniela Nardini), the departure of her siblings, including her beloved brother, Will (Jack Greenlees), and the overbearing demands of her authoritarian father, John (Peter Mullan). Even when she manages to find some peace of mind and happiness with her handsome, loving new husband, Ewan Tavendale (Kevin Guthrie), her contentment is interrupted by the onset of the Great War, a conflict far removed from her world but whose impact on her life is undeniable. 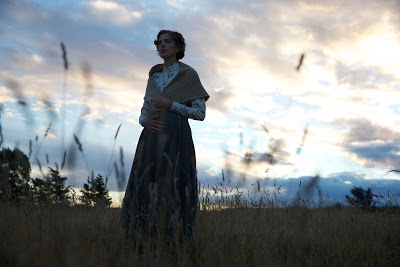 It would be easy to give up under such trying circumstances, but Chris is not deterred. She carries on, hoping for a breakthrough that will ultimately lead to the satisfaction and fulfillment she longs for. That means hanging in through the challenges, but, trite though it may be, as the time-honored saying goes, that which does not kill us only makes us stronger. And Chris can certainly attest to that.

Those of weaker conviction probably would have given up early on, but not Chris. She’s determined to see things through because she believes she can. The strength of those beliefs is important, too, especially for those of us committed to practicing conscious creation, the means by which we manifest the reality we experience through the power of our thoughts, beliefs and intents. And in Chris’s case, she has vast reserves to draw upon.

To make the process work, there are certain conscious creation skills that Chris must bring to the table. For starters, she must – and successfully does – rid herself of conflicting convictions that might undercut her materialization efforts. Most notably, she effectively faces down her fears, keeping them from infringing on what she seeks to manifest. In a similar vein, she does the same when it comes to doubt, preventing it from creeping into her intents. That’s important, because beliefs associated with fear and doubt can summarily negate our creative efforts, canceling out our attempts at realizing certain outcomes, no matter how strongly we envision and believe in them. Thankfully, for her sake, Chris has managed to vanquish these demons.

Another reason Chris is so successful is that she keeps an open mind when it comes to her circumstances. As someone who has long possessed a strong interest in education, she has always remained open to the exploration of new ideas (even though that was something not especially expected of women of her era). Because of that, she’s willing to look past limitations to come up with innovative solutions to her various dilemmas, true tests of her conscious creation skills that enable her to stretch her manifestation abilities. She thus sets an example in this regard that we could all learn from in addressing the thorny issues that arise in our existence.

To a great degree, Chis is able to accomplish all this thanks to her strong sense of personal integrity. When conditions challenge her, she never shies away from speaking her mind and making her feelings known, a trait that runs through her belief formation process as well. That serves her effectively, too, since she – like all of us – tends to get the most fulfilling results from her beliefs by following such a course. The fidelity of her manifestations is a direct reflection of the beliefs that drive them, and Chris manages to bring truth to what she creates.

In many ways, these principles might seem like common sense. Yet it’s amazing how often we fall short of the mark in creating what we seek. By allowing the foregoing to become diluted or tainted by conflicts, contradictions or a lack of truthfulness, we can get off track, leading to disappointments and frustrations. But, by following Chris’s lead, we can avoid many of these issues and realize what we most hope for. 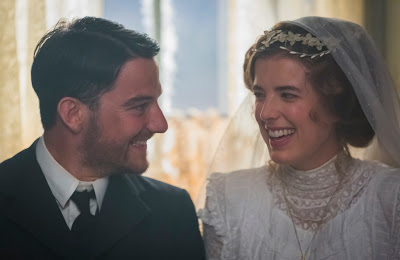 Those longing to see the beauty of Scotland will love the positively gorgeous cinematography of “Sunset Song.” Its performances and period piece production values weave together a beautiful and moving cinematic tapestry, with rich character development and a genuine feel for the era depicted. The film is, admittedly, a bit slow-paced and somewhat episodic at times, and it readily recalls themes found in other, more familiar pictures, such as “Far from the Madding Crowd” (2015) and, to a certain extent, “Ryan’s Daughter” (1970). Nevertheless, director Terence Davies’ offering makes a fine viewing choice for one of those windswept fall afternoons when staying in and watching a movie in the comfort of a warm living room seems like the perfect way the spend the day.

The next time you’re ready to fly the white flag, think of the inspiration provided by the example set in this film. You just might find yourself willing to hang in far longer than you thought possible.