Skip to content
Home/Archives/‘Manchester by the Sea’ wrestles with redemption, forgiveness, choice

‘Manchester by the Sea’ wrestles with redemption, forgiveness, choice

It’s been said we can never go home again. But what if circumstances arise that force us into doing just that? How will we respond? Can we handle it? And what will the fallout be? Those are among the questions raised in the new domestic drama, “Manchester by the Sea.”

Lee Chandler (Casey Affleck) lives a rather unassuming life. As an apartment building custodian in Quincy, Massachusetts, he tends to the everyday repairs of tenants and the upkeep of the common areas while leading a quiet existence in a one-room basement unit. It might not seem like much, but it seems to suit his needs just fine.

However, Lee’s routine undergoes a major shock one day when he receives word that his brother, Joe (Kyle Chandler), has passed away from congestive heart failure. Even though Lee knew that his brother was living with the condition, the news still comes somewhat unexpectedly, especially since Joe’s death occurred while he was doing his usual, everyday work stint on his fishing boat in the tiny seaport of Manchester-by-the-Sea. Lee immediately sets everything aside and makes the 90-minute trip to the town where Joe lived and where he grew up. It’s a trip Lee’s not looking forward to making, not only because of his brother’s passing, but also because of his own tragic memories of the place, incidents that prompted him to move away to start a new life.

Once in Manchester, Lee is left to confront many of his ghosts, depicted through a series of flashbacks. He gets to relive his brother’s troubled relationship with his wife, Elise (Gretchen Mol), an irresponsible spouse and mother known for her drinking binges, an issue Lee struggles with somewhat himself. He also must face the bitter memories of life with his own ex-wife, Randi (Michelle Williams), a woman he adored but whose heart he tragically broke. It’s a lot for him to take in at the time of this latest loss.

But, on top of all that, Lee learns upon his arrival that he’s been named the legal guardian of his 16-year-old nephew, Patrick (Lucas Hedges), a decision Joe never discussed with him nor informed him about. Despite his concern for Patrick’s well-being, Lee is reluctant to take on this responsibility for a variety of reasons; some of his reservations are tied to his past, while others relate to his present and future, such as the possibility of having to relocate back to a town that has been the source of so much pain and in which he’s seen by many as something of a pariah. 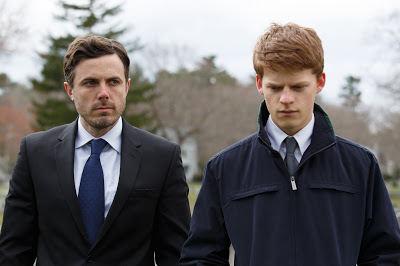 What is Lee to do? How will matters work out between him and Patrick? And can he bring closure to the issues of his past (especially those related to his relationship with Randi, who is now remarried and expecting)? Lee has opportunities for redemption and forgiveness, but will he avail himself of them? Or is he unable to move past what he sees as irreconcilable self-imposed limitations?

“Manchester by the Sea” delves deeply into what it means to get second chances – and whether we can handle them when we do. In situations like this, there are seldom any inherently right or wrong answers, only choices. But how do we choose? That’s the crucial question, and it all comes down to what we believe about ourselves, for those beliefs will determine the outcome, just as they do in any of our manifestations. This is the cornerstone principle of the conscious creation process, the means by which we materialize the reality we experience through the power of our thoughts, beliefs and intents.

In this story, Lee clearly has some difficult choices to make. Some of them could heap more pain on an already-wounded soul. But others could potentially provide him with big payoffs, some of which he may not even be able to envision at this point. In either case, the decision rests with him, so he must take stock of where he is and what he wants. 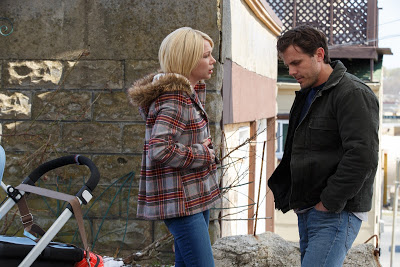 In confronting the ghosts of his past, Lee Chandler (Casey Affleck, right) wrestles with his feelings about his ex-wife, Randi (Michelle Williams, left), in the new domestic drama, “Manchester by the Sea.” Photo by Claire Fogler, courtesy of Amazon Studios and Roadside Attractions.

As noted above, Lee’s circumstances have provided him with major opportunities for redemption and forgiveness. This is significant because he need not be permanently saddled with his past. He can start anew, putting his previous creations to rest in favor of a fresh start – if he chooses to do so.

Because one of conscious creation’s chief aims is making it possible to learn significant life lessons, it does so in myriad ways. Some of them may put us through the ringer, while others offer us the chance for renewal. But, in either case, the impact of those lessons is never unchangeable. We can learn from our experiences and decide to move forward from them in new directions. That’s the essence of redemption, and beliefs in that notion and in forgiveness are what help to make it possible.

However, such an outcome is far from automatic, especially if we doubt or don’t believe in the possibility. If we reconcile ourselves to the idea that we can never be redeemed nor forgiven – or, worse yet, that we can’t forgive ourselves – then redemption simply won’t happen. That’s unfortunate, too, since it need not be that way.

Circumstances like this naturally raise the question, why can’t we do this? In most cases, it’s a matter of self-imposed limitations, usually driven by an inability to envision alternate possibilities. By locking ourselves into such belief positions, we can’t get past our own metaphysical tunnel vision, and, in doing so, we artificially cut ourselves off from portions of the infinite range of options that the conscious creation process makes possible.

One way to combat this is to recognize that the point of power is in the present moment. It is the only time at which we have any direct control over what we create. We have no power over a past that is behind us or a future that has not yet occurred. However, we do have the option to let those time frames have power over us. By adhering to beliefs that let the ghosts of our past or worries about our future determine how we act in the now, we intentionally invite personal stagnation. But, by being willing to shift our thinking, we have an opportunity to become unstuck.

These are the choices Lee now faces. What will he do? That all depends on how well he’s able to navigate through the foregoing principles. No matter the outcome, his experience provides us a valuable example to draw from should we be faced with comparable circumstances ourselves. 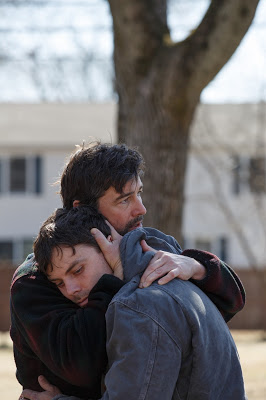 Writer-director Kenneth Lonergan’s latest is a moderately entertaining, sometimes-moving character study with relatively profound explorations of redemption, forgiveness and understanding one’s limitations. But the film is also occasionally an exercise in taking itself far too seriously, with more than a few pregnant pauses, lingering shots of mugging emoting, throwaway slice-of-life sequences and tangents that aren’t fully developed. Affleck and Hedges turn in capable but somewhat overrated performances, though Williams steals the show with what should be an Oscar-winning supporting portrayal. Enjoy this one, but don’t get taken in by the hype.

In witnessing stories like those portrayed on the screen here, we may be tempted to ask ourselves, why must life be so hard? Difficult though such circumstances may be, they’re all part of the human experience, in all of its permutations, for better or worse. Let’s hope we learn the lessons that come from our explorations in adversity so that we can put them behind us and move forward on to bigger and better things. In doing so, though, we must remember that the power to decide how we proceed always rests with us, especially in terms of what we choose and what we believe. And, in light of that, we should be sure we choose wisely.