Skip to content
Home/Archives/What Is It with ‘La La Land’?

It seems like everyone is raving about this current offering, which has already made back its estimated $30 million budget and is likely to rake in more box office revenues with its ever-growing list of accolades. The picture has also made it onto virtually every best films list for movie critic societies across the country and around the globe. Everybody loves it.

So what am I missing? 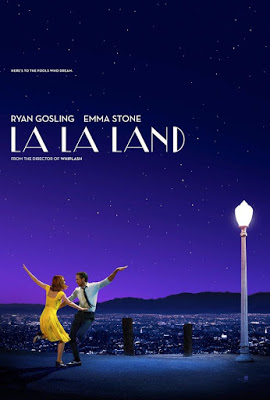 In the interest of full disclosure, I’ll freely admit that I’m not much of a fan of movie musicals. As I wrote in the introductions to my two books, Get the Picture?! and Consciously Created Cinema, I find most musicals rather silly, many of them making me wish I’d been born heterosexual. To be sure, there are a few exceptions to this rule, such as “Cabaret” (1972) and “Les Misérables” (2012), but they’re in rather lonely company. However, what sets these exceptions apart from most of their counterparts is that they’re good films overall; they just happen to have musical numbers included in them.

In an attempt to try and understand why everyone has been going gaga over “La La,” I’ve been asking movie goers for their assessments and reading online posts that have praised the picture. And, interestingly enough, what I’ve found is largely unsatisfying.

The comment that seems to be coming up the most is that audiences see “La La Land” as “a movie we need now,” that it’s the allegedly perfect antidote for a stressed-out and world-weary society. That’s understandable given the country’s and the world’s current state of affairs. It’s also nothing new; movies made during the Great Depression of the 1930s served a similar function, providing anxiety-ridden viewers with a few hours’ escape from their everyday woes. Director Ron Howard’s 2016 Beatles documentary, “The Beatles: Eight Days a Week – The Touring Years,” effectively did the same thing in its own way. But, just because a movie fulfills an important social and stress relief need, does that mean it’s an innately good picture? For some of the grand musicals of years past, the answer arguably is yes. But, for “La La Land,” I would have to offer a resounding “no.”

So why do I say this? Basically it’s because, in so many ways, “La La Land” is a genuinely mediocre offering. I’ll admit that it’s nice to look at; the production design, sets and costumes are top shelf, and its gorgeous cinematography is often stunning. The choreography of its dance numbers — particularly its now-famous opening traffic jam sequence — is terrific and inventive. Emma Stone’s lead performance, including her singing, shows what a talent she really is. However, those attributes, as strong as they are, can’t save the rest of the picture, which falls flat across the board.

So what do I dislike about the film? Well, here goes:

* For starters, there’s the musical score, which is easily one of the most forgettable movie soundtracks I’ve ever heard, let alone one that’s part of a musical. Does anyone honestly think anybody will be happily humming or toe-tapping to any of these numbers five years from now? With the exception of the upbeat opening number (which really benefits more from the visuals than the music itself) and the moving, heartfelt “Audition Song,” all the other pieces in this picture are flat, generic and uninteresting. If a musical is to truly succeed as a film, the music is the key, and “La La Land” certainly misses the mark on this point.

* Then there’s the story itself, which the film’s production team and cast have been plugging as being “original.” Seriously? A film about aspiring artists trying to make it big in Hollywood is original? Have any of these people ever been to the movies? This story line has been done so many times that it has become one of the tritest narratives in filmmaking. Who do they think they’re kidding calling this “original”?

* To make matters worse, there’s precious little that’s interesting or distinctive about the film’s two lead characters. Mia and Sebastian are among the most underdeveloped protagonists I’ve ever seen in a movie. I came away feeling like I knew very little about them except for what they were directed to do on screen, which wasn’t a whole lot except for two hours of singing some boring songs and struggling to get recognized.

* One of the often-praised attributes of this picture is its film editing, and, admittedly, several sequences (especially the dance numbers) are impeccably done. However, “La La Land” is easily about 20 minutes too long, and entire portions of it could have been readily snipped without affecting the flow of the story. To me, the only thing worse than a boring musical is an overlong boring musical, and this picture handily qualifies on that front.

* Finally, there’s the picture’s leading man, played by Ryan Gosling, one of today’s most talented actors. I’ve genuinely enjoyed many of his performances in other films, but, in this outing, he’s about as interesting as a bowl of lukewarm soup in need of salt. I’m completely at a loss to understand why everyone has been swooning over this performance; it’s far below what Mr. Gosling is capable of. But then he didn’t have a lot to work with, either.

I’ll freely admit that the vantage point from which I review films isn’t the same as that employed by mainstream movie critics. Nevertheless, that doesn’t mean I evaluate a picture’s overall cinematic quality differently, even if it doesn’t meet the criteria I use in preparing one of my metaphysical film analyses. Just as I wouldn’t automatically give high marks to a poorly executed metaphysically oriented film because of its strengths in that area, I also wouldn’t automatically bestow low grades on a well-made picture just because it doesn’t incorporate philosophical content. Well-made is well-made, regardless of whether or not a film makes the cut for what this blog is meant to do. And, for the reasons discussed above, “La La Land” doesn’t measure up on the cinematic standards alone, metaphysical considerations notwithstanding.

I can’t help but think that much of this film’s critical and box office success comes from the hype surrounding it rather than any of its cinematic attributes. What’s most interesting is that everyone associated with this production seems to believe its own publicity, too. At the Golden Globe Awards ceremony, for example, winner after winner rhetorically observed, “Who would have thought a movie musical could be made in this day and age?” They made it sound as though movie musicals are cinematic fossils that haven’t graced the big screen in ages. Yet, while it’s true that they’re not as common as they once were, they’re not exactly unheard of, either. In 2014, viewers were treated to “Into the Woods.” In 2012, audiences reveled over “Les Misérables,” which earned three Oscars on eight nominations. And, in 2002, movie goers flocked to “Chicago,” which took home six Academy Awards on 13 nominations, including best picture. What’s more, even though they’re not musicals per se, virtually all of Disney’s animated features over the past 30 years have boasted song-laden soundtracks (many of which included numbers far more memorable than anything in “La La Land”). One can believe one’s own hype if one wants to, but that doesn’t necessarily mean it’s true.

After the surprising success of “Whiplash” in 2014, director Damien Chazelle genuinely distinguished himself as one of Hollywood’s brash young filmmakers, one worthy of the kind of backing that would enable him to make more great pictures. But it’s disappointing to see that “La La Land” is what he chose to come up with. Admittedly, the film’s technical attributes show his prowess as someone who knows his cinematic crafts. But, when it comes to telling an engaging and compelling story, he’s clearly missed the target here. He needs to get back to the kind of involving storytelling he employed in his last feature. Should he do that, I believe he’ll have a luminous future as one of Tinseltown’s brightest stars.

In the meantime, I’m crossing my fingers that Academy voters will see through the overblown campaigning surrounding this picture when it comes time to cast their Oscar ballots. I’m hoping that they’ll throw their support behind a number of other more worthwhile releases, like “Moonlight,” “Arrival,” “Loving” and “Hidden Figures,” when it comes to naming 2016’s best picture. Even if some see “La La Land” as the movie we need now, that doesn’t mean it should be proclaimed the movie that’s the best of the year, especially when there are so many other more worthy contenders vying for a title they more genuinely deserve.