Skip to content
Home/Conscious Creation, Documentary, Movie Reviews/‘Generation Wealth’ asks us, what do we value?

‘Generation Wealth’ asks us, what do we value?

In your opinion, what has value? Is it your possessions? Your financial holdings? Your social standing? Your physique? How much sex you have? Or is it something less tangible but more meaningful, such as the love of your life, your family, your friends or your career satisfaction? This question has plagued many of us in recent years, yet rarely are telling answers readily forthcoming. This lack of clarity has caused considerable confusion, often prompting us to seek refuge in surrogate solutions that we hope will provide us answers but that frequently come up short. And it’s a phenomenon that has seemingly spread across the culture – in fact, the globe – like a virus, one that’s growing ever more virulent, a subject explored in the disquieting new documentary, “Generation Wealth.”

Photographer and filmmaker Lauren Greenfield has spent much of her career documenting the lives of the affluent, especially their excesses of opulence, something that she has noticed has grown more blatant, if not self-servingly perverse, over the years. In that time, she has observed that, for many of those in money culture, it’s not enough just to have wealth; it has to be boundless, ever-growing, over-the-top wealth or it just isn’t worth talking about. And, to exacerbate matters, this attitude has permeated the culture to the point where it seems that’s what everybody wants, with coming up short almost representing a sign of personal failure.

Given these conditions, Greenfield has often wondered how we got to this point. How has this obsession with unbridled abundance come to color our thinking? Why have we become so preoccupied with the acquisition of money and possessions? And why do many of us feel, even after attaining a substantial degree of prosperity, that it’s perpetually insufficient? 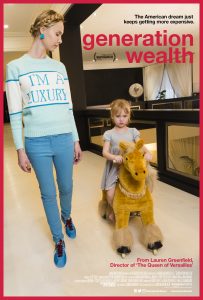 In a similar vein, Greenfield also wondered why she has become so personally fascinated with documenting the trappings of this mindset. Admittedly, she has been around such wealth most of her life, having grown up with well-to-do Hollywood kids who never hesitated to blatantly flaunt their fortunes. And, even though Greenfield was raised in a family where their moderately comfortable standard of living was at least equal to if not better than average, her background paled in comparison to those of most of her peers, something that often prompted feelings of inadequacy or embarrassment. Were her efforts at documenting the lives of the rich and famous an attempt at vicariously living their experiences? And, if so, why was it so important to her in the same way that it seems to be so important to virtually everyone else in contemporary society?

“Generation Wealth” is an attempt to address these issues. This multi-platform project, which includes this film, as well as a book and museum exhibit, seeks to explore the rationale behind this way of life, providing evidence of opulence in the extreme, the personal stories of those who have lived this life-style and commentary from social science observers trying to understand it all. It also probes Greenfield’s personal existence, attempting to reconcile her sensibilities and experiences in connection with the foregoing.

In taking on these challenges, Greenfield combines footage from her previous films and images from her various photographic projects along with the stories of individuals who have experienced both sides of the prosperity coin – those who have amassed wealth and managed to keep it, as well as those who had it and lost it or those who never had it and failed in their attempts to acquire it.

This approach provides a look at those who have sought to become filthy rich in a variety of ways, from hedge fund management to childhood celebrity to pornographic filmmaking. It also examines the myriad ways in which these subjects have sought to put their wealth to use, from building enormous mansions to sculpting the perfect body types to getting plastic surgery for their pets. In illustrating this, Greenfield shows us that, no matter how outrageous we may find some of these expenditures, there are always others that are even more unbelievable, audacious and outlandish, many times far beyond anything we can possibly imagine. 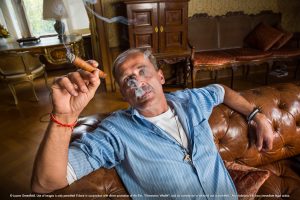 What’s most important in all this, though, is understanding why this phenomenon has occurred, a handle that’s a little more difficult to grasp. For those who grew up wealthy, it’s a way of maintaining status and what appear to be feelings of entitlement and superiority, elements that essentially equate to a sense of power and control. For those who grew up lacking, it’s a means to compensate for those long-held feelings of deficiency, something that may cover over old wounds but that ultimately doesn’t provide the fulfillment and satisfaction that they thought it would.

In either case, though, it’s not the money, possessions or status in themselves that is being sought; it’s the intangibles that their seekers believe these things will provide that is the outcome in pursuit. And that’s what’s most crucial in getting to the crux of these quests. Understanding the thoughts, beliefs and intents that make such results possible is at the heart of grasping the message of this film. It’s also the basis for comprehending the functioning of the conscious creation process, the philosophy that explains how such manifestations fundamentally come into being.

As the experiences of the individuals in this film demonstrate, beliefs are extremely powerful forces. They show how the intents they hold transform into tangible, materialized outcomes. But, in attaining the results they seek, it’s not the wealth that brings them what they want; it’s the beliefs that create the wealth that make these manifestations possible.

However, as is apparent throughout the film, the wealthy often come to realize that the physical trappings they acquire are seldom enough. Whether it’s designer handbags in every color, the perfect body, boundless sex or the largest bank accounts imaginable, they all tend to come up short, leading their creators to believe that the only thing that will make their situations better is the acquisition of more of everything. It becomes a trap from which escape is difficult.

Consider the cases of hedge fund manager Florian Homm, VIP party host Tiffany Masters and juvenile beauty pageant queen Evan Wood. All of them amassed seemingly everything they could want in their respective fields of endeavor. Yet, for all they accumulated, they still felt unfulfilled. Indeed, where does one go from up? 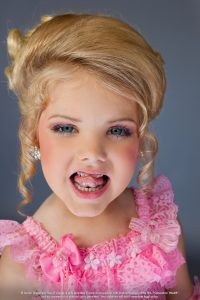 This is where an assessment of our beliefs and what we seek to manifest with them becomes critical. When we become one of those persons who has everything, what more is there to acquire? In these circumstances, we place so much emphasis on stockpiling financial resources that we become obsessed with the idea that amassing more is all there is. But, when we think about it, money is nothing more than paper, something in itself of little intrinsic value. It’s what that paper makes possible that has the real value, and, if using it to acquire more tangible goods or thrilling experiences is all that we believe it can do, that outcome will become old rather quickly.

Under such circumstances, perhaps it’s time to change beliefs, to seek the creation of something more meaningful than the acquisition of more stuff. While there’s nothing inherently wrong with having nice things, as an end unto itself it’s rather limiting. And, given that one of conscious creation’s chief aims is to push past the boundaries of limitations, surely there are other more significant aims to be attained than the accumulation of material possessions. Personal fulfillment, interpersonal connections, spiritual development and serving others are just a few examples of other ways in which we can put our beliefs to more effective use. If we were to pursue such outcomes, we might well be surprised at how satisfying we find such creative undertakings.

Still, if these other ventures are so fulfilling, then why aren’t we exploring them more than we do? That’s a hard question to answer, but, if we look back historically, Greenfield observes, we can see a turning point that began in the 1980s, when the new materialism began to gain a significant foothold in the culture and, subsequently, in our individual mindsets. Intangible matters that once gave us a great deal of satisfaction began to be set aside in favor of those of a more tangible nature. And, for those with the means to acquire them in abundance, the concept took off, coming to characterize the nature of the decade and the times that have come since. Instant personal, material gratification became the goal, even if it meant setting aside beliefs related to such matters as integrity, courtesy and civility. But, as we have gradually come to see, such objectives are ultimately unsatisfying ends in themselves. This trend began in America and has since circled the globe, sometimes with perilous and grotesquely inequitable results, as evidenced by the experiences of such nations as Russia, China and Iceland.

As one expert astutely observes, such rampant materialism, decadent opulence and unrestrained greed often appear as a society is about to collapse, citing the example of civilizations like Rome. This, of course, naturally begs the question, are we next? If the beliefs that led to Rome’s downfall are indeed not unlike those present in modern American (or even global) culture, this should give us serious food for thought.

Then, again, one might also argue that a significant change could be just what we need to get ourselves onto a new and more rewarding course. After all, given that conscious creation maintains that everything is in a constant state of becoming, these beliefs may be getting put into place now as a means to bring about the fulfillment of such an outcome. It may be a difficult way to achieve such a result, but sometimes drastic measures are called for when instituting sweeping change. If it gets us the result we ultimately want, then this may prove useful in the long run, though the road getting us there could indeed be a bumpy one. 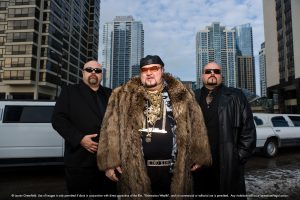 In the meantime, as this film illustrates, it would be well worth our time to examine our beliefs and how we’re using them to shape the reality we experience. The cautionary tales served up here could provide us with valuable examples of how to adjust our thoughts and intents, to show us better and more gratifying paths, all aimed at helping us realize a new and improved existence.

“Generation Wealth” offers us an intriguing look at how the core values that once defined America (and much of the world) have come to be corrupted by greed, self-importance and instant gratification – and how the unsatisfying results of those dubious qualities never amount to enough. Director Greenfield’s ambitious undertaking covers a lot of ground, but, unfortunately, the film sometimes lacks a coherent approach, one that would have benefited from a little more objectivity and a little less emphasis on the filmmaker’s own story, one that often intrudes too much on the principal narrative. While this noble effort explores some valuable ground both directly and by implication, it could have benefited from some judicious retooling to drive home its contentions more on point.

Value is a nebulous concept that can be difficult to pin down, but there are some aspects of it that clearly seem more readily apparent than others. The trick lies in being able to recognize and then act upon them, first through our beliefs and then through the manifestations we seek to create with them. One can only hope, though, that we come to realize that there’s more meaning to life than using such abilities to get the latest designer purse.