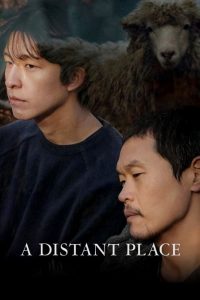 When it comes to stories built on the gradual revelation of secrets, there’s a big difference between skillfully divulging their disclosure and being tight-fistedly cryptic. Where director Kun-Young Park’s second feature is concerned, viewers get a mix of both. This tale of a gay farm worker living in rural South Korea after leaving Seoul to pursue a more tranquil and reclusive existence follows his efforts at building a new life for himself and the adorable five-year-old he’s raising. But conditions change drastically with the arrival of his partner and a surprise visit by his twin sister, throwing circumstances into significant disarray and prompting the exposure of a number of long-concealed family secrets. Unfortunately, the film’s handling of these developments is wildly uneven, some presented with tremendous narrative dexterity and others with needless murkiness and ambiguity, right up to the end. It’s regrettable that the wrinkles in the story line weren’t ironed out better, especially when compared to the plot elements that are deftly deployed. It makes for an odd, sometimes-frustrating combination, undermining the aspects that are handled adeptly. To its credit, this offering features a fine ensemble cast, gorgeous cinematography, an atmospherically ethereal score and pleasantly meditative pacing, but it’s disappointing that the film fails to blend these elements with those that come up short into a more cohesive and cogent whole. Now that would have made for quite a picture.