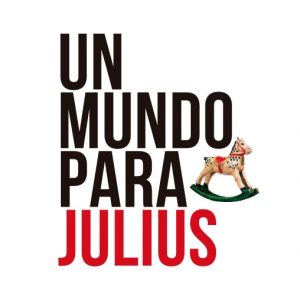 Picture yourself as a young boy from an affluent family in Lima, Peru in the 1950s. You live in a grand mansion with multiple servants in the lap of luxury. You’re an inquisitive, observant, sensitive child, but there’s much around you in your family and society at large that you don’t understand. Much of it doesn’t make sense to you, either, such as racism, sexism, abuses of power, bullying, discrimination, class prejudice, and, of course, death. Why, you wonder, do these things exist? That’s the challenge for a five-year-old growing up in a world of privilege that often leaves him sad and lonely, especially when it comes to most of the family members who ignore him. In fact, the servants are about his only friends, people he adores and who return the favor in kind. Based on the 1970 novel of the same name by Alfredo Bryce Echenique, a work considered one of the most significant works of Latin American literature, director Rossana Diaz Costa’s made-for-TV movie does a generally fine job of capturing the angst of its young protagonist, despite the fact that it tends to lose its way in the final act, especially at the very end. However, in the first two-thirds of the film, don’t be surprised if it tugs at the old heartstrings and maybe even brings a well-earned tear to your eye. The filmmaker’s second feature is by no means a bad film, though, with some shoring up in the home stretch, it definitely could have been better.