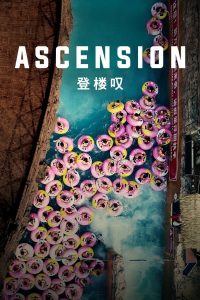 “The Chinese Miracle,” with its astounding economic growth in a relatively short time, has inspired awe around the globe, and the nation’s zealous adherence to “the Chinese Dream” has contributed significantly to that outcome. Similar in nature to the American Dream, the Chinese version is driven by a belief in hard work and dedicated diligence as a pathway to affluence. But, as director Jessica Kingdon’s excellent new documentary effectively shows, is that dream attainable or illusory? The film clearly depicts China’s relentless drive for perfection and success in all endeavors, showing how supposed opportunities for advancement are available at virtually all levels of the economy. However, do those opportunities genuinely translate into hoped-for outcomes, or are they merely ploys to squeeze out peak performance from naïve underclass workers who believe the promise and are willing to do whatever it takes to get ahead? Meanwhile, the film also illustrates the opulent degree of privilege that comes with wealth, but is this something that everyone can realistically share in, despite assurances to the contrary? The picture’s inventive cinematography, frequently backed only by the movie’s engaging score and minimal dialogue (an approach reminiscent of prior visually focused documentary works like “Koyaanisqatsi” (1982) and “Samsara” (2011)), shows more than tells in conveying these themes, immersing viewers in imagery designed to profoundly depict these intents. For all these strengths, though, the narrative tends to stray somewhat at times, especially toward the film’s end, but that’s easily overlooked in the picture’s overall context. What’s perhaps most significant, however, are the parallels between what’s transpired in China and what appears to be unfolding here in the US as it begins modeling itself more after its overseas competitor as a means to keep pace. And that should be a caution to all of us before we fall prey to illusory notions ourselves.