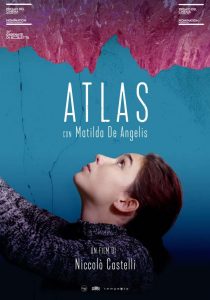 In filmmaking, it’s one thing to build suspense and something else entirely to forestall the obvious and inevitable. Unfortunately, in this offering, director Niccolò Castelli seems to believe he’s doing the former when, in fact, his second feature is rooted more in the latter. This fact-based story about a young Swiss woman who loses three close friends (including her partner) in a terrorist bombing in a popular Moroccan café while they’re on a trip to climb the nation’s legendary Atlas Mountains chronicles her efforts to recover from the incident, both physically and emotionally. As noble and inspiring as that may be, however, the overlong preamble leading up to the film’s depiction of that event – covering almost two-thirds of the movie – is needlessly stretched out, stringing along viewers to something that they know is coming but continually seems to get put off. The sought-after suspense isn’t there, because everyone essentially knows what’s coming beforehand. While the film successfully makes observant statements about Western society’s pervasive fear of potentially traumatic events, as well as the inherent paranoia that often accompanies interaction with those of different ethnic and religious backgrounds, its primary narrative thread about the protagonist’s recovery could have been handled better on more than a few occasions, especially in the picture’s protracted and overly cryptic opening segment. A well-intentioned but mishandled attempt at telling a story that could have been far more compelling if treated differently.