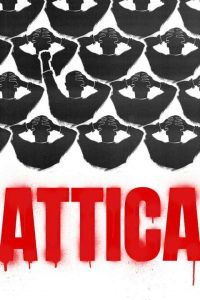 I’ll come right to the point about this searing documentary – it’s a very difficult watch, even for those with steely tolerance and sensibilities. Director Stanley Nelson’s chronicle of the five-day 1971 prison riot at New York’s maximum security Attica Correctional Facility holds nothing back, arguably the most graphic and uncompromising depiction of what turned out to be a horrific event for all concerned, the largest (and most deadly) such uprising in US history. The film thoroughly and meticulously  explores what led to the incident and how it all unfolded through a wealth of archive footage and interviews with those who were there – inmates, government officials, members of law enforcement, journalists, negotiators, observers and relatives of those who lost their lives. While arguments might be made that the insurgents deserved what they got, as this film so pointedly illustrates, incarceration is no excuse for brutally and inhumanely treating criminals like animals, both during their imprisonment or in whatever punishment they receive for their actions. “Attica” exposes what happened with an unrelenting candor that sugarcoats nothing, revealing an unmitigated, wanton, largely racist assault by officials driven by retribution and a penchant for maintaining order at any cost, no matter how egregiously barbaric. Admittedly, the film could have benefitted from more material on what was learned from the experience and any developments or reforms that have come out of the event. But, on balance, this is a tragic history lesson and a damning indictment of rigid, unyielding, retributive law and order policies that can’t be condoned, no matter what the circumstances.