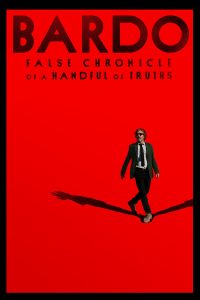 What happens between lives? That’s hard to say. In fact, those who go through the experience may not even realize that they’re going through it when they do. They just might feel out of sorts or, more precisely, out of touch with the reality they’ve come to know so well. However, they could begin to realize and understand what’s unfolding when they start assessing aspects of themselves to which they may not have previously given much consideration. Suddenly bells begin to go off when they introspectively examine matters like personal integrity; relationships with family, friends, colleagues and significant others; regrets and accomplishments; fulfilling one’s potential; and what one might have done differently. If that sounds like the prototypical life review that so many spiritual schools of thought talk about, you could actually be on to something. But will you appreciate the insights that come from it? That’s what an aging, respected Mexican journalist/documentary filmmaker experiences in this latest offering from writer-director Alejandro G. Iñárritu. Drawing upon themes discussed in some of his earlier works, such as “Biutiful” (2010) and “Birdman or (The Unexpected Virtue of Ignorance)” (2014), the auteur takes things a step further in this outing, employing his signature flamboyant (some would say self-indulgent) style of filming and storytelling, though this time he places it on steroids. But what more fitting tactic could there be for a narrative set in the bardo, the world between worlds where, according to some Buddhist circles, we undergo the very process described here, only with abilities and perception skills far more advanced than what we make use of on the physical plane. It’s a place/state of mind where individuals like the protagonist can allow their imaginations to run wild in the process of conducting the aforementioned analysis. The result is an eye-opening experience for the film’s principal, not to mention viewers. One gets the sense that there’s a lot of the director in his central character, too, which is why the material presented here often feels intensely personal. That’s also probably what accounts somewhat for the picture’s length, coming in at a runtime of 2:39:00, somewhat protracted for a story of this nature. That’s especially true for much of the first hour, which could have been cut significantly without losing much (had the director done so, this probably would have received a higher rating). But, once this release finds its stride, it truly takes off as a great piece of cinema – one that’s inventive, gorgeous to look at and well-acted and has something to say to boot. What more could a movie lover ask for? Iñárritu really is in his element here, at least for much of the final 90+ minutes, and that’s more than good enough for me. Even though this offering probably won’t appeal to everyone, I’d certainly love to see moviegoers give this one a fair shot. It deserves it – and so do you.