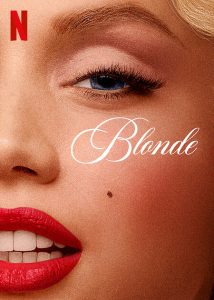 Put simply, Marilyn Monroe deserves better than this. Writer-director Andrew Dominik’s adaptation of Joyce Carol Oates’s biographical novel about the life of the Hollywood icon is little more than an excessively overlong exercise in exploitation porn. While the film is not meant to be a literal biography of its subject, it nevertheless conveys an impression to the contrary and focuses almost exclusively on the pain and suffering Marilyn experienced at the hands of men of power, as well as distant, abusive and troubled family members. Even though the film seemingly wants to avoid presenting a sanitized version of Marilyn’s story, it often goes too far in doing so, crossing lines that shouldn’t have been so graphically broached (no wonder it received an NC-17 rating). And, with its 2:47:00 runtime, the picture grinds these themes into the ground, becoming progressively more tawdry and sensationalist in the process. To its credit, the production features some fine black-and-white cinematography, but it resorts to so many other different styles of photography and storytelling (some of them downright silly) that it’s difficult to fathom exactly what the filmmaker was going for. The casting of Ana de Armas in the lead role was a questionable choice, too, as she wavers back and forth between scenes where she positively nails the material and others where she comes across looking like a parody of herself. There are a few segments – such as the chilling opening sequence – where the film genuinely captivates, and the picture’s fine supporting cast (most notably Adrien Brody and Bobby Cannavale) helps to shore up some of this offering’s weakest spots. Still, I couldn’t help but wonder after screening this, is this how we really want to remember Marilyn? I sure as hell don’t.