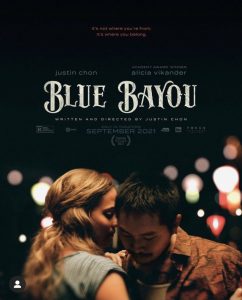 When a loophole in an official policy results in an inherently unfair practice, attention must be placed on it to make the public aware of this legitimized slight, especially when it amounts to an agenda-driven act of injustice. Such is the case for a US government immigration practice that allows legally adopted children from overseas to be deported many, many years after the fact, an issue documented in writer-actor-director Justin Chon’s 2021 drama, which is now making the rounds on cable TV and streaming services. Told through the eyes of a 33-year-old Korean adult who was adopted by American parents as a child, the film follows his odyssey when faced with a seemingly absurd but legally sanctioned deportation order after 30 years in the US, potentially forcing him to leave behind his wife, stepdaughter and expectant child, all of them citizens. While the film has more than its share of legitimate heart-tugging moments, the narrative nevertheless feels somewhat overstuffed with subplots, underdeveloped character motivations and somewhat incomplete back stories. These shortcomings are compensated for somewhat by fine performances and gorgeous cinematography, but the balance of assets and drawbacks doesn’t quite even out to enable the picture live up to the brilliance it’s striving for. Ultimately, the core message of this story merits justified attention, but it’s unfortunate that it doesn’t quite receive the treatment it genuinely deserves to make that happen.