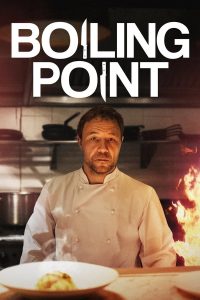 Despite a tendency to rely a little too heavily on the principles behind Murphy’s Law, director Philip Barantini’s second feature – filmed as one long continuous shot – presents a gripping, eye-opening, sometimes-maddening look inside the workings of a high-end London restaurant on one of the busiest nights of the holiday season. Between the exhaustive evaluations of a persnickety health and food safety inspector, the nitpicking complaints of overly critical customers, staff who have trouble abiding by the rules and the insistent prodding of an impatient creditor looking for reimbursement of his investment, Chef Andy Jones has trouble keeping it all together as he works through a growing series of minor and major crises, reaching his own personal boiling point as issues continually compound, making the working environment of his brainchild a nightmare come to life. While there are some incidental moments that probably could have been trimmed and some occasional sound quality issues, the narrative is otherwise solidly held together by its impressive camera work and stellar ensemble cast of colorful characters, most notably the performance of BAFTA Award nominee Stephen Graham as the edgy, troubled protagonist. The realistic treatment of the film’s subject matter often prompts gasps among viewers, giving pause to anyone considering the launch of his or her own business (especially a restaurant). As it painstakingly sizzles toward a stunning conclusion, the temperature gets turned up on all concerned – including what is bound to be its ever-anxious audience.