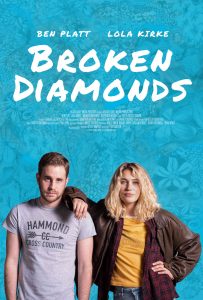 With all of the talk about mental health that has dominated the public dialogue of late, the subject has been imbued with a newfound seriousness, something not to be taken lightly. Unfortunately, this misguided offering fails miserably on that point, especially in the film’s opening half, attempting to defuse the weight of this subject by incorporating humor that borders on flippant and flops massively. In this story of an aspiring writer seeking to relocate to Paris to become a novelist, the protagonist suddenly finds himself having to take in and care for his unpredictable schizophrenic sister, derailing his plans and reinforcing a pattern of misfortune that has followed him throughout his life. But, even with the best of intentions for his sister’s welfare, he quickly becomes afflicted with caregiver burnout as he sees his dream evaporate and watches his sibling descend deeper into the depths of mental illness. To its credit, director Peter Sattler’s second feature gets remarkably better in the second half, mainly because it finally starts to take itself seriously. However, by that point, the damage is done, and there’s not enough for the production to effectively redeem itself. A woefully missed opportunity.