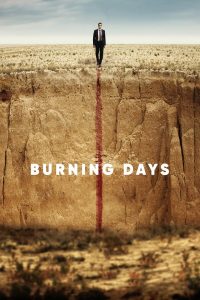 When an idealistic young prosecutor is assigned to a rural Turkish community to try a criminal case involving serious allegations involving a major infrastructure project, he quickly finds himself in over his head. Circumstances soon place him in a thorny situation where his credibility, objectivity, reputation and personal integrity are all put at risk, jeopardizing not only his handling of the case, but also his career and future. Unfortunately, as generally compelling as the narrative is at the outset, writer-director Emin Alper’s overlong saga becomes a little too convoluted for its own good. One can’t help but ask, is it a political film? A thriller? A crime story? A crisis of conscience? The film plays like it tries to incorporate some of all of these qualities in an attempt to tell a story that throws curves at viewers to keep them guessing. But the picture seems to lose its way in doing so, not quite sure how to wrap things up, especially when the supposedly astute big city prosecutor comes across as unbelievably naïve and clueless. These failings regrettably undercut the production’s fine performances and superb cinematography, qualities that could have helped to make this release a better offering had they been backed by a better story and script. Indeed, in the end, it’s the audience that gets burned by this one.