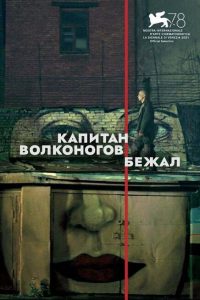 What does it take to attain forgiveness? That’s what a secret police operative in pre-World War II Leningrad seeks when he realizes he’s been unwittingly involved in a program of rounding up and executing innocent civilians whom officials believe are possible threats based merely on their occupations, friendships, relatives and ethnicities. That revelation prompts him to take flight, especially when higher-ups begin to suspect that he’s no longer trustworthy. While on the run, his hope for redemption surfaces when he experiences a visitation from a deceased former associate who informs the agent that he’ll be damned to hell – just like all of his other late colleagues – unless he’s able to repent his transgressions and obtain forgiveness from at least one of his victims’ relatives. Armed with that information, the officer sets off on a quest to find someone who will forgive him, all while being hunted down by authorities who now consider the renegade agent a threat in his own right. In telling the captain’s story, directors Aleksey Chupov and Natasha Merkulova present a Russian fable/morality play, one that mixes hard-edged reality with surrealism, metaphor and a surprising degree of spirituality in an age of godless Communism. It’s an intriguing, thought-provoking premise embedded in a game of cat and mouse, one whose elements sometimes come across as insightful and enlightening with others that seem surprisingly simplistic, almost naïve. Nevertheless, these shortcomings are compensated for by the intense lead performance of Yuriy Borisov and the film’s superb cinematography and brilliant dystopian production design. While not everything works in this unusual, genre-fusing offering, there’s enough to like here to make for an engaging, ponderous and entertaining time at the movies.