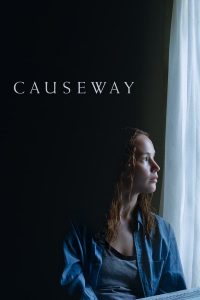 Healing from a tragedy can be a difficult, lonely existence. Which is why it sometimes helps to have not only caregivers but also companions to come along for the journey, particularly if they’re recovering from tragedies of their own. That’s the premise behind this low-key drama that tells the story of a traumatically injured Afghan War veteran (Jennifer Lawrence) who seeks to recuperate and get her life back together in her native New Orleans. While there, she meets a kindly, generous auto mechanic (Brian Tyree Henry) who has suffered his own profound misfortunes with whom she strikes up an unlikely friendship. Together they seek to maneuver their way through their respective calamities, some of which extend beyond the incidents that injured them physically. The genuine earnestness of this story is indeed touching, and the performances of the two protagonists are truly stellar, Unfortunately, they’re trapped in woefully underwritten, poorly paced material that, frankly, comes across as thin and dull, despite the picture’s promisingly strong start. What’s more, the film is startlingly unimpressive in the use it makes of its backdrop, portraying New Orleans in a flat, uninspired light. Director Lila Neugebauer’s debut feature tries hard to be sincere and heartfelt but fails on so many fronts. That’s regrettable given the talent, narrative and story setting she has to work with, leaving this production as one that’s easily skipped.