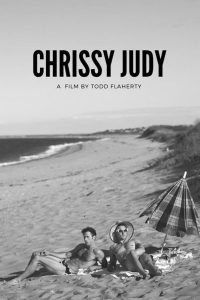 Are BFFs really forever? We might like to think so, but, given the inevitability of change, such permanence might be too much to hope for – and a source of tremendous disappointment. So it is for Judy Blewhim and Chrissy Snowkween, a struggling drag queen sister act. When they’re not performing in little-known clubs in New York and on Fire Island, the besties party their way across Gotham and its environs, living a life of fun and frolic. But, when Chrissy unexpectedly announces that she’s moving to Philadelphia to live with her boyfriend, the decision throws life into chaos for Judy, both in terms of her personal life and performing career, changes that don’t sit well with her. So what’s next? And how will this all affect their friendship? Such is the high drama that unfolds in this deliciously funny debut feature from writer-director Todd Flaherty. The film’s crisp screenplay, gorgeous black-and-white cinematography and fine performances by its excellent ensemble cast combine to make for a compelling, enjoyable watch, a project that in many ways plays like a gay version of a Woody Allen film. It touches on themes that many offerings in this genre seldom explore, such as gay male friendships, personal responsibility and living life outside the club scene. Also, while the picture includes many familiar LGBTQ+ community elements, it successfully avoids presenting them as clichés and stereotypes, often by taking those recognizable components and turning them on their ear. In light of all this, “Chrissy Judy” proved to be a very pleasant surprise and my favorite offering from the Reeling festival, if not one of the best films of 2022 that I have seen thus far. Check this one out for a good time at the movies.