‘Death on the Nile’ 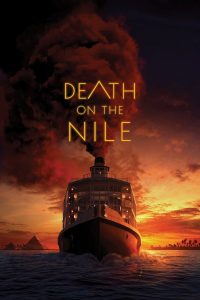 “Death on the Nile”

As murder mysteries go, director Kenneth Branagh’s remake of one of Agatha Christie’s most beloved works is capably handled and easy on the eyes from start to finish. Stylish to a fault and beautifully shot on location in Egypt, this tale of murder and mayhem aboard an elegant 1930s Nile riverboat features the insightful sleuthing of Belgian detective Hercule Poirot as he investigates the death of a young heiress. Told much in the style of other films featuring this storied protagonist, the film follows Poirot’s meticulous scrutiny of the circumstances surrounding the crime, including his fabled witty and hard-edged interrogations of an array of suspects, all of whom have agendas that could potentially make them the killer. While this version of the story features impeccable production values and is generally well acted (including a fine ensemble cast and Branagh’s engaging turn in the lead role, his second such outing as Poirot), the picture nevertheless suffers from occasional pacing issues that could have benefitted from some modest editing. Nevertheless, this whodunit is an otherwise-pleasant way of spending a few hours at the movies on a lazy weekend afternoon. It may not overwhelm audiences with brilliance, but it’s certainly enough to tickle one’s fancy for lavish settings, exotic locales and a good old-fashioned crime drama.