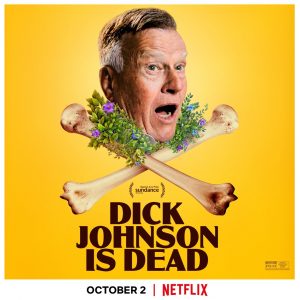 I must be missing something here, because I just don’t get the hype behind director Kirsten Johnson’s documentary about the last years of the life of her father, Dick, an elderly Seattle psychiatrist besieged by the onset of dementia. Its eclectic mix of content doesn’t gel well, despite some of the material being exceedingly well done. It comes across mostly as an often-endearing, loving tribute, though it’s frequently weighed down by far too much extraneous, incidental and, at times, repetitive material. Then there are the picture’s fictional segments in which the director presents comically gruesome stagings of her father’s demise (a la the macabre suicide sequences from Hal Ashby’s “Harold and Maude” (1971)) as a means of coping with Dick’s impending passage (most of which aren’t especially inventive or funny). Taken together, this amalgamation of material just doesn’t mesh and leaves viewers with a confusing portrait of what the filmmaker was attempting to accomplish. Perhaps recutting the footage would have helped, but, as it stands now, this one doesn’t come through as it should.