Skip to content
Home/‘Doctor Strange in the Multiverse of Madness’

‘Doctor Strange in the Multiverse of Madness’ 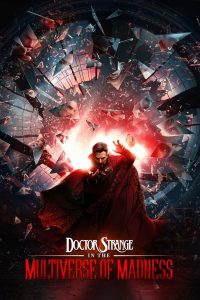 “Doctor Strange in the Multiverse of Madness”

While I don’t completely agree with Martin Scorsese’s contention that Marvel movies aren’t cinema, the studios’ latest offering could arguably add fuel to the fire supporting that viewpoint. The second installment in the “Doctor Strange” series is, quite honestly, a hot mess in so many regards, a major disappointment from its predecessor and a movie in which it’s easy to lose interest. With a storyline that requires viewers to possess considerable foreknowledge of the characters and numerous narrative elements, a number of plot elements that go unresolved, and the inclusion of developments that grow progressively sillier with each passing frame, director Sam Raimi’s latest becomes increasingly boring, ridiculous and disjointed the further one gets into it. What I find most insulting, however, is the shameless way this offering has been employed more as a jumping off point for other upcoming vehicles in the Marvel Universe than as a standalone work of its own, a lynchpin in the perpetuation of this continuing body of work that amounts to little more than a vehicle for promoting future Marvel moviegoing experiences. Despite the film’s fine cinematography and art direction and a few choice moments of comic relief, I gave up on this one without a half hour left. Except for diehard comic book nerds, who will undoubtedly love this no matter what, most other viewers could save themselves a lot of time and tedium by not waiting as long as I did to bail by just skipping this one entirely.