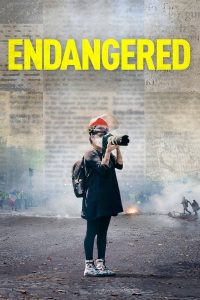 Being a journalist isn’t what it used to be. Members of this once-respected profession have been coming under increasing attack from authorities, politicians and the public, subjected to harassment, scathing insults and innuendo, unlawful detention, violent attacks, and even murder. It’s something not limited to far-flung third world dictatorships any more, either; it’s happening across America, a land in which freedom of the press is a Constitutional guarantee that’s becoming increasingly eroded by forces who don’t want to hear what reporters have to say if they disagree with their findings. The ripple effect that stems from this is that media organizations (especially newspapers) are closing their doors left and right, leaving the public with fewer and fewer watchdogs to cover what’s unfolding in a society whose institutions are becoming less trustworthy and more dubious by the day (and making opinionated streaming sites and social media outlets the new sources of record). In their new HBO documentary, directors Heidi Ewing and Rachel Grady have compiled stories of journalists’ experiences from around the globe, focusing primarily on the work of professionals from Mexico, Brazil and the US. While their experiences are compelling and frontline footage from their assignments is indeed gripping, some of the material could stand to be a little better organized, and the film’s use of split screen imagery definitely should have been scaled back. However, when it comes to the picture’s examination of the coverage of high-profile events like the 2020 US presidential election, the January 6 insurrection at the US Capitol, Black Lives Matter rallies surrounding the George Floyd murder, Mexican feminist protests focused on violence against women, and the bullying of journalist Patrícia Campos Mello by Brazilian President Jair Bolsonaro for unfavorable reporting on his campaign for office, the filmmakers present an unflinching look at what journalists are increasingly up against in simply doing their jobs. “Endangered” shines a bright light on what we all stand to lose if the Fourth Estate is allowed to be further compromised by those who try to silence it and make it a mere mouthpiece for their views and a propagandist echo chamber for their supporters. As a college- trained journalist who worked in the field for years, it’s sad to see what’s become of the profession I so loved – and disheartening to witness how little most of society cares about its decline. Let’s hope we don’t live to regret that.