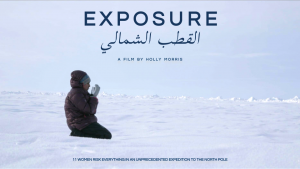 Reaching the top of the world is far from an easy task, even under the best of conditions. But, in an era of climate change, in which the warming of the planet is causing the ice that must be traversed to reach the North Pole, that undertaking has become eminently more perilous. Director Holly Morris’s excellent, up-close documentary chronicles the 2018 adventures of an all-female expedition crew, detailing the challenges and dangers involved in such an inherently risky venture. This project, aimed at helping to draw attention to environmental issues and the possibilities afforded by women’s empowerment initiatives, is a historic one also in that it could well be the last of its kind due to the increasing perils posed by such journeys. The film’s stunning cinematography and its highly personal treatment of the crew members’ individual stories makes this an intriguing and compelling watch about one of the planet’s last-remaining – and potentially fastest-disappearing – frontiers.