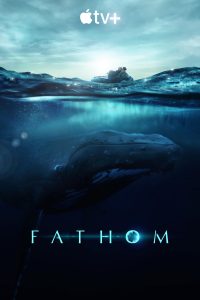 As fascinating as the premise is, this documentary about researchers investigating the intricacies of humpback whale song communications fails to follow through on its mission. Director Drew Xanthopoulos’s second feature outing has lofty goals in its exploration of a subject that seeks to mix science, philosophy and even metaphysics, but the picture’s execution is mishandled, causing many of the film’s more engaging aspects to become obscured by excessive (and largely unexplained) tech speak, as well as uninteresting extraneous material that does little more than pad the content. To its credit, this offering is beautifully shot in the ocean wildernesses of Alaska and French Polynesia, backed by an ethereal score, and it truly shines when it delivers its profound conclusions through insightful voiceovers. Unfortunately, there’s too little of what works best and too much of what distracts viewers from the core narrative, and that’s regrettable considering that these wondrous creatures truly deserve better.