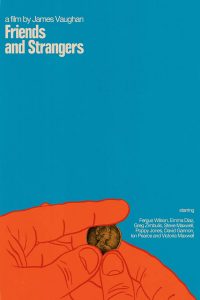 I’ll come right to the point about this one – it sucks, and in more ways than I can count. Writer-director James Vaughan’s debut feature may bill itself as a comedy, but there is absolutely, positively, unquestionably nothing funny about it, other than perhaps being a utterly laughable joke in itself. This cinematic mess has been called a wry, witty, understated look at the ennui of lost, self-conscious millennials comically searching to find their way in contemporary Australian culture and society. I call it self-indulgent, incomprehensible B.S., a collection of uncorrelated film clips strung together trying to pass themselves off, individually and collectively, as something ironic and allegedly profound. I laughed only once during the film’s 84-minute runtime, which, because nothing essentially happens, seems far, far longer than what the clock might say. It’s sad that the Australian movie industry, which has long been known for producing many great films, has to suffer a blemish like this on its reputation. It truly deserves better treatment than that.