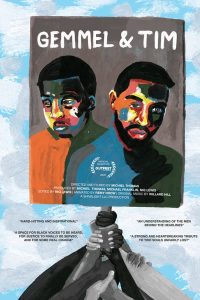 Delving into the murky waters of a criminal investigation can be tricky business. So it was in the questionable deaths of two gay Black men, Gemmel Moore and Timothy Dean, in less than two years in the West Hollywood home of well-connected Democratic Party donor, Ed Buck. Both men succumbed to drug overdoses that were officially labeled accidental, but were they really? Given Buck’s reputation for hiring escorts for engaging in various drug-related sexual fetishes, it was widely believed that his actions may have contributed to the deaths of the two men. But was it negligence that led to their passing, or was it murder? That’s what director Michiel Thomas’s documentary attempts to uncover. Through interviews with those who knew Gemmel and Tim, as well as a wealth of archive news footage of the story as it unfolded, the film seeks to piece the tragedy together. It’s on this point, however, where the film muddies the waters somewhat. While the picture paints an unfettered, heartfelt portrait of the feelings of the victims’ devastated survivors, it’s not always as clear as it probably could have been when it comes to spelling out exactly what Buck might be guilty of. The film often conveys impressions that are more in line with emotions than with the particulars of the case, and it’s careful not to misstate matters. But that effort frequently becomes lost in the shouting and misery, leaving viewers, at the very least, modestly confused by the actual specifics of the story. It’s a truly sad tale, to be sure, and what happened was indeed tragic, and, on that point, the film succeeds brilliantly in conveying the pain associated with these circumstances. It’s just unfortunate that it didn’t carry through as well as it could have on the other aspects of this heartbreaking misfortune.