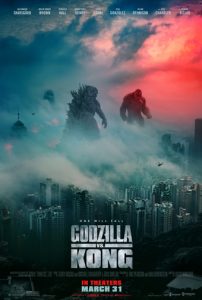 In the interest of full disclosure, I must confess that monster movies are far from my favorite genre. With that said, however, I must also say that this high-gloss, big budget offering is one of the worst entries in this milieu that I’ve ever seen. It’s obviously meant to be a purely visual feast, and, on that score, it does a passable job, with some dazzling special effects (but many that are also outright silly and eminently laughable). Then there’s the story, which is devoid of coherence while perfecting the art of monodimensional character development. Much of the film comes across as if it were being told by a rambling five-year-old (“…this happened, and then this happened, then this happened, then this exploded, and…”). But, worst of all, by the time the picture comes to wrapping things up, it just goes on and on, turning terminally boring, if not sleep inducing. Unless you have an extreme craving for junk food cinema, don’t waste your time with this mess.