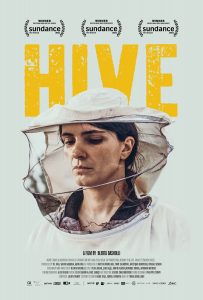 When the madness of war mercilessly tears families apart, the survivors are left to pick up the pieces, a process that can sometimes be far more complicated than one might expect. So it was for the women of Kosovo in the wake of the tiny Balkan republic’s bombardment by neighboring Serbia in 1999, a conflict that resulted in the “disappearance” of many of the nation’s husbands and fathers, leaving their wives and mothers to carry on. But their efforts to do so were often thwarted by a misogynistic culture that prevented them from earning a living, even despite the absence of male breadwinners in many households. Director Blerta Basholli’s fact-based debut feature tells the inspiring story of a group of women who defied the barriers in setting up their own company selling honey and ajvar, a relish made from red peppers and eggplants. This moving tale explores the challenges of eager entrepreneurs seeking to start a business under difficult conditions while trying to keep their families together and dealing with the grief of lost loved ones. The filmmaker hits all of the right notes with this offering, most notably in the superb performance by Yllka Gashi as the beleaguered but defiant protagonist. With world events being what they are at the moment, this outstanding release reminds us all too poignantly about what we face in the wake of these insane, misguided catastrophes and the difficulty of coming back from them, a challenge that calls for an abundance of courage, fortitude and steely determination in the face of adversely unrelenting circumstances.