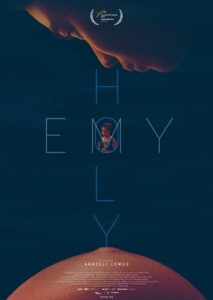 Fusing genres can yield captivating stories and even more intriguing films. But getting the mix right is tricky business. Like a chef specializing in fusion cuisine, a filmmaker attempting something comparable must carefully combine elements to get the perfect amount of each in his/her cinematic recipe. Unfortunately, that’s where the debut feature from writer-director Araceli Lemos goes off the rails. This story of two adolescent Filipino sisters living on their own in Greece after their mother returns home follows the divergent paths they each follow when it comes to forging their own lives, especially in their respective religious/spiritual paths. However, in an ambitious attempt to combine a coming of age tale with one infused with fundamentalist religion, alternative spirituality and alleged horror themes, the filmmaker can’t quite figure out where the story should go, what to emphasize or what to include/exclude. While some of this might be conveniently attributed to the coming of age time of life being an inherently confusing one, that seems like pale cover for a narrative that simply tries to incorporate too much and doesn’t combine its various aspects in a coherent, focused screenplay. To be sure, the effort to try something different with these genres (especially as a fusion) is to be commended, but the result just doesn’t quite cut it in the end. Viewers are likely to end up frustrated that the picture doesn’t serve up the kind of fare that could have made this a compelling watch in more skillful and experienced hands. For now, though, audiences will have to settle for one of those “what might have been” offerings.