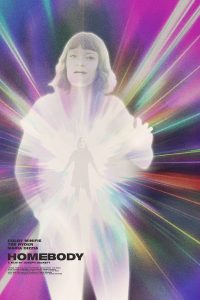 When a nine-year-old boy obsessed with his babysitter employs a special meditation technique to insert his consciousness into her and experience what it’s like to be the object of his affection, he’s at last provided with an opportunity to satisfy his curiosity. However, given their differences in age, life experience and gender disparities, the youngster soon finds himself in over his head, perplexed by what he finds and ill-prepared to handle the new challenges placed before him, often with serious but hilarious consequences. Writer-director Joseph Sackett’s debut feature puts a delightfully humorous spin on the classic gender-switching narrative, though there are places where the pacing is needlessly stretched out and sags somewhat, especially in the final act. Because of that, it almost seems as if this offering would have worked better as a snappy short given its brief 1:15:00 runtime, particularly if more economical editing had been applied to the final cut. Also, the film’s underdeveloped transgender-curious themes tend to downplay what probably should have been a more significant aspect of the overall story. The picture thus tends to play more like a metaphysical tale and an exploration of consciousness than an LGBTQ+ narrative. There’s nothing inherently wrong with that, but the trans aspects seem more like afterthoughts than integral story elements. This one comes close to living up to its potential, but, as a streaming vehicle, a little retooling could have worked wonders – and truly made it worth staying home for.