Skip to content
Home/‘How to Blow Up a Pipeline’

‘How to Blow Up a Pipeline’ 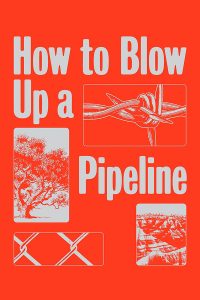 “How to Blow Up a Pipeline”

Do the ends truly justify the means? That’s an age-old question that has been asked countless times in countless contexts, but what’s the answer? That’s a decision left open for viewers to ponder in this taut ecothriller about a group of zealous environmental activists who plan to blow up a west Texas pipeline in an effort to draw attention to such issues as global climate change and public health considerations. Writer-director Daniel Goldhaber’s second feature skillfully combines elements of various cinematic genres, including Westerns, heist films, political thrillers and ecological dramas like “The East” (2013), but it does so in some highly unexpected ways. In particular, this well-constructed, smartly produced offering is heavily character-driven, presenting genuinely compelling back stories about its crew of protagonists told through a series of strategically placed flashbacks. What’s more, the picture’s gorgeous cinematography, superb editing, fine performances and intense original score all lend themselves to a splendidly crafted package, certainly much more than what one would typically expect out of a low-budget indie. Of course, these strengths aside, this still leaves open the question about the impact of this story. What kind of message does it send? Is it appropriate to make and release a picture that depicts such a subversive venture such as this? Can the kind of collateral damage at stake here be justified, be it even theoretically told through a work of fiction? But, then, can society continue to willfully ignore the kinds of environmental damage that are being allowed to unfold without taking any meaningful action? And what of the law enforcement questions involved in a scenario like this? “Pipeline” gives viewers ample food for thought while simultaneously reminding us that the clock is ticking on these issues – and that we had better start making some serious decisions soon.