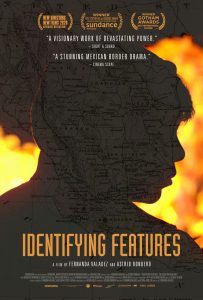 When the teenage son of a middle-aged Mexican mother goes missing while en route to the US to find work, she’s determined to find out what happened to him, despite official reports that he was killed by gangs roaming the country’s rural highways. Her perilous odyssey proves to be quite an experience, more incredible than she ever could have imagined. Such are the makings of this chilling, sinister road trip mystery through the wilds of rural Mexico, one that literally and symbolically portrays the evil inherent in the nation’s crime crisis. Although the film drags a bit in the middle and occasionally has inadequate subtitling, the picture’s closing act provides quite a payoff, one that, like much of the production, is depicted with exquisite, if unsettling, cinematography. Director Fernanda Valadez’s debut feature is a meticulously crafted offering that provides viewers with an inside look into a deeply worrisome problem, one that should give pause to anyone watching it – or considering a trip through the Mexican countryside.