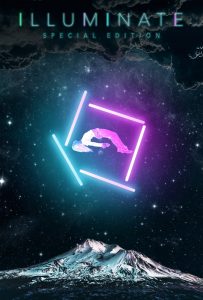 Writer-director James D. Cordoza’s ambitious metaphysical-paranormal tale of a gifted young teen’s investigation into the mysterious disappearance of her brother and grandfather near California’s mystical Mt. Shasta tries hard to impress but doesn’t quite hit the mark. The film does a fine job of providing background about the legendary mountain and its long history of unexplained happenings, as well as the mythology of it being the home of survivors from the lost continent of Lemuria. It also features some surprisingly good special effects for an independent production. However, this release comes up short when it comes to the story it’s trying to tell. It provides viewers with all the back story they need to understand what’s transpiring, but it ironically fails to provide a coherent narrative for such information. Had the film’s story line lived up to everything else the production had going for it, this would have been quite an impressive little number. As it stands now, however, we’re left with an array of interesting information, some good visuals, and, unfortunately, an unsatisfied appetite.