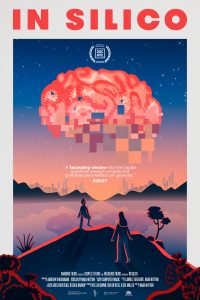 The brain is a truly remarkable phenomenon of nature, but how much do we really know about how it was created and how it functions? Filmmaker Noah Hutton, a longtime student of neuroscience, always wanted to make a movie about the subject, and he found his inspiration after seeing a TED Talk by visionary researcher Henry Markram. The inventive investigator came up with a revolutionary proposal to design a computer-generated model of the brain to understand its workings, one created “in silico,” a scientific study approach that fuses biology and electronic technology. Hutton opted to follow Markram’s 10-year project to pursue that audacious goal, one launched with tremendous enthusiasm but one that also came under considerable criticism, particularly when monetary matters became involved. This engaging documentary details an array of highly technical topics in an easily relatable way, while also painting a candid portrait of the highly competitive (and sometimes less than civil) world of bidding for research funding. The film also examines “the big questions” of whether the study of these issues rightfully falls within the scope of science or philosophy (or some combination of the two) and whether such ethereally tricky conundrums can even be quantified or properly evaluated given our current level of knowledge and understanding. Hutton, Markram and other commentators give us all much to think about, and they do so in plainspoken terms, bringing the relevance down to an everyday level and not letting the subject linger in the realm of inaccessible theoretical speculation. Quite an impressive outcome for an ambitious decade-long film project.